What a difference a week makes! Zakael’s story…

Zakael grins from ear to ear. On a very hot summer day in Madagascar, the seven-year-old wears his shirt open, revealing a small surgical scar just above his left collarbone. He wears the scar proudly: a symbol of where he has been and where he is going.

“I want to be a soldier, just like my grandfather,” declares Zakael. “I want to run fast. Now that I’m healed, I will be able to do this!”

What a difference a week makes!

In one short week, the path of Zakael’s life was changed. But the path to reach that transformation was not a short one.

Soon after Zakael’s birth, his father, Zahael, noticed a bump at the base of his son’s neck. In the western world, this would have been treated immediately. But for people living in extreme poverty, like Zakael’s family, adequate healthcare is not easily accessible. Zahael was desperate to have the bump removed, but he could not afford the costly surgery his son needed. With each passing year, the cyst grew, and hope faded a little more.

Then Zahael heard that Mercy Ships was sending one of its hospital ships to Madagascar! With first-class medical equipment and volunteer healthcare professionals, including specialised surgeons, from around the world; the Africa Mercy offered Zakael a strong hope.

But a couple of challenges still had to be overcome. The trip from their village in Mampikony to the ship was a two-day journey by vehicle, and it would cost more money than Zahael and his family had. At the same time, people in their community tried to frighten Zahael by telling him that the “foreigners would harm Zakael” and that “they would never be seen or heard from again.” However, Zahael ignored them and determined to get his son to the floating hospital.

“I don’t trust anything else apart from God,” shared Zahael confidently. “I said to myself, ‘Jesus is with us! He will be with us to go there and to return home.’”

Holding onto that trust, Zahael’s sold their last remaining treasures: a goose and a chicken, to get his son to the ship. It was a wonderful investment: it purchased a new life for Zakael.

After the successful surgery, they prepared to depart the ship. Zahael watched his son grinning, no longer ashamed, ready to step into his new life and he knew that the last week had made all the difference in his son’s future.

“God guided us! I kept in mind that we will be here, and my son will be healed. Those people who did not trust are not healed. We are healed!” Zahael said.

Give a gift today to help change more lives like Zakael’s. 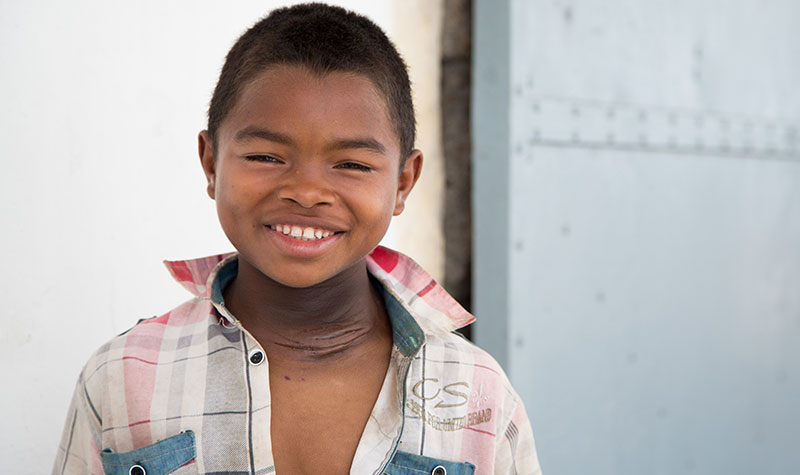