Tene’s future was restored through the kindness of a stranger and free surgery onboard the Africa Mercy.

Mariam, a successful Guinean businesswoman, was passing through a village when she spotted a group of children by the side of the road. As she stopped to offer them a handful of candy, her eyes landed on one girl in particular: three-year-old Tene.

With deep amber eyes and a smile that is quick to come and slow to leave, little Tene captured Mariam’s heart immediately. She watched the child playing for a while before she noticed Tene’s imbalanced gait and uneven feet. One was normal, but the other an oversized ankle and foot. Mariam would later learn that this condition was caused by an amniotic band (thin strands of tissue that wrap around forming body parts during pregnancy), restricting blood flow and affecting limb growth.

When treated soon after birth the condition can be cured with a relatively simple surgery. The longer it’s left untreated, however, the more complicated it becomes and can even result in the loss of a limb.

“I was really sad. It was my first time seeing this kind of sickness,” Mariam said. “She’s just a baby.”

Deciding to search for a way to help Tene, Mariam began asking around at local hospitals to see if there was anything that could be done. She was delighted when she learned of the arrival of the Africa Mercy. Mariam set out to connect Tene with the ship; hoping for a miracle for the young girl.

Despite not speaking the same language, Mariam brought Tene and her mother, Saran, into her home, only a few kilometers from where the Africa Mercy was docked. Just weeks later, Tene came onboard and received an operation to remove the amniotic band and cut away the swollen tissue.

After surgery, Tene’s foot began to gradually shrink back to normal proportions. Through regular rehab exercises, her clunky gait slowly grew into the confident walk of a curious three-year-old. Months later, she was able to wear a pair of regular tennis shoes for the first time in her life.

Saran and Mariam watched on with pride.

With her leg healed, Tene will be able to begin school with her peers and grow up to put her curious brain to good use. She’ll be able to walk on two sturdy feet, run races without holding back and enjoy a childhood free of the limiting condition that once contained her.

After several months of healing, Tene returned to her village where she met her baby sister, who’d been born while Tene was on the ship. The newest addition to Tene’s family was named Mariam as a reminder of a stranger’s kindness.

Give a gift today to transform more lives like Tene’s.

Give a gift today and help others like Tene 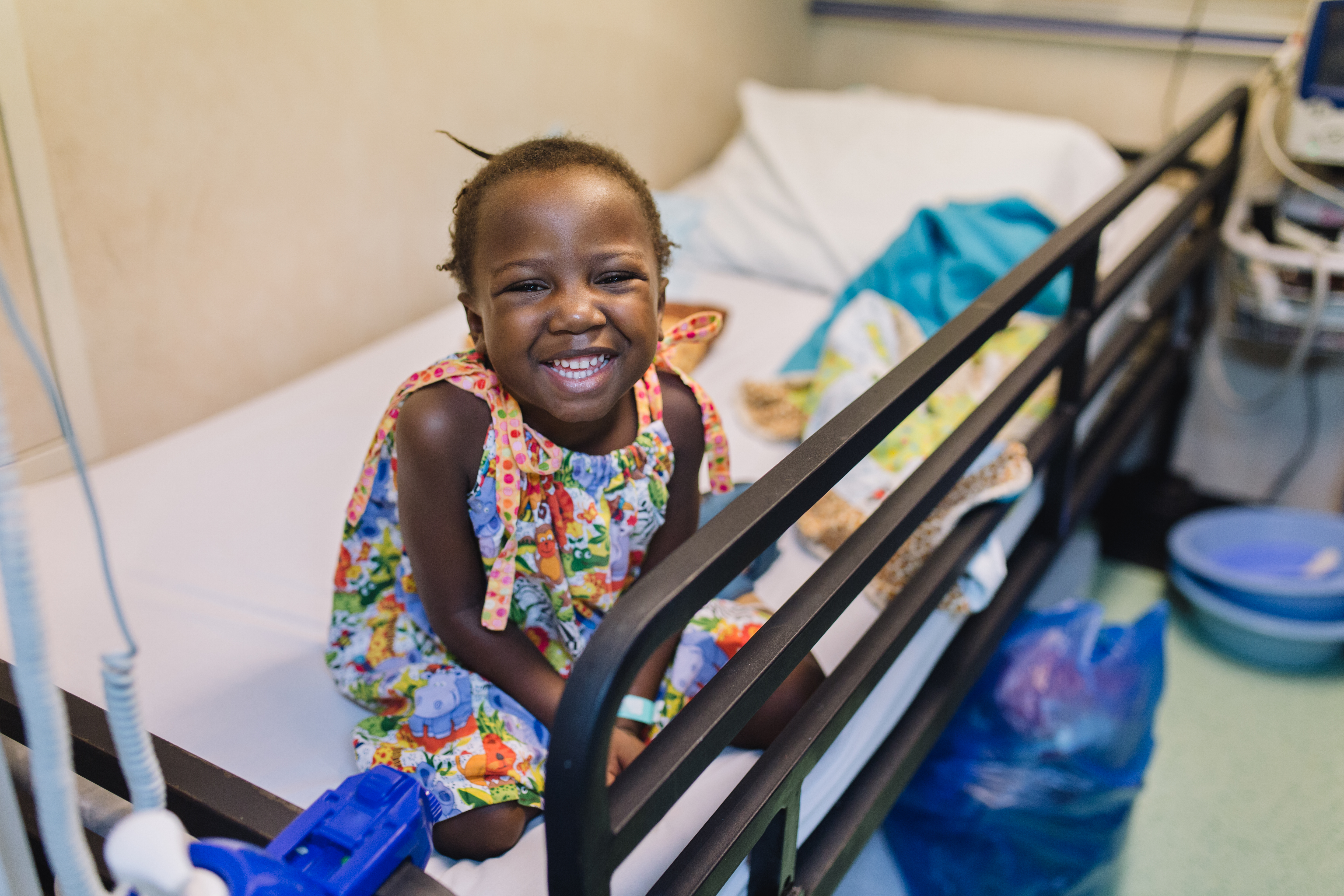