A Smile that Shines

On the day he came to Mercy Ships, 12-year-old Sekouba held a weathered picture in his hands. The photograph, with frayed edges and faded colour, was of a young boy with an unblemished face smiling brightly at the camera.

“This used to be me,” Sekouba said.

Only two years had passed since the photograph had been taken, but that was more than enough time to steal a large part of young Sekouba’s childhood away. It was just an ordinary morning when Sekouba first noticed a tiny lump in his mouth, no bigger than a button. He showed it to his mother, M’mahawa, who told him not to worry.

“Maybe it will go away on its own,” she said. 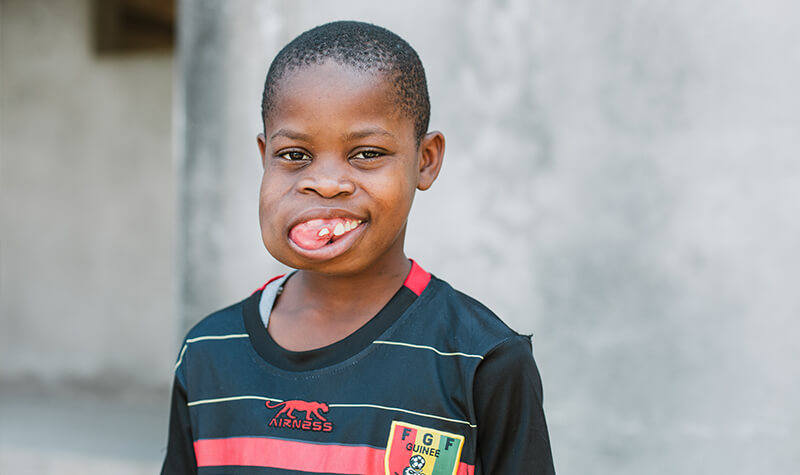 But it didn’t. Over the course of the next year, the lump grew at an alarming rate, eventually forming a tennis ball-sized tumour filling Sekouba’s cheek.

As the tumour grew, it began significantly impacting Sekouba’s life. People began to taunt him. “What’s that in your mouth?” they’d ask him and curiosity would soon turn into laughter and scorn.

To shelter himself from the endless teasing and stares, Sekouba dropped out of school and confined himself to his home. His brothers were ashamed to be seen with him, and his friends refused to play. 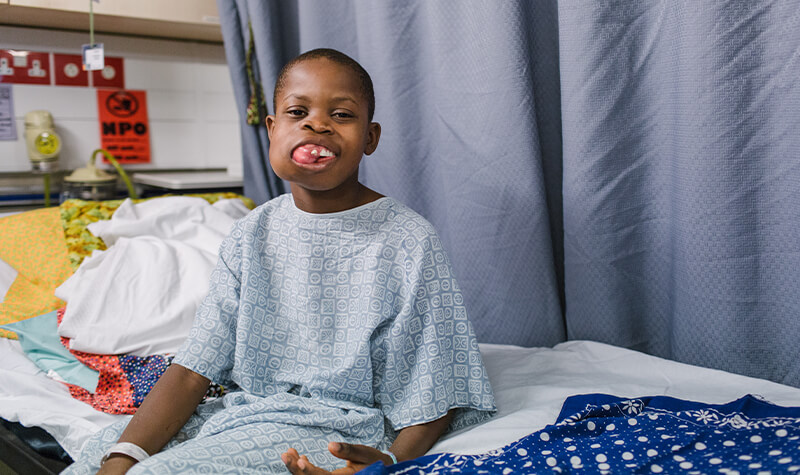 Hoping to find a way to heal him, Sekouba’s family took him to the largest hospital in their region. Unfortunately, surgery to remove the tumour would cost the family 12 million Guinea francs or £1,000 — a difficult price for the recently widowed M’Mahawa to pay while taking care of her seven children alone. “We were trying to sell our land to come up with the money for his surgery,” said M’mahawa. However, before she could complete the sale, the surgeon told her he would be unable to perform the operation because he didn’t have the necessary equipment.

The family was at a loss for what to do before they heard about a hospital ship coming to their country. He and his mother travelled three days to where the Africa Mercy was docked in search of help for his condition, but Sekouba held out hope. As he sat on the dock showing his old picture to those around him, his eyes were bright and his smile pronounced, even as it curved around his tumour. 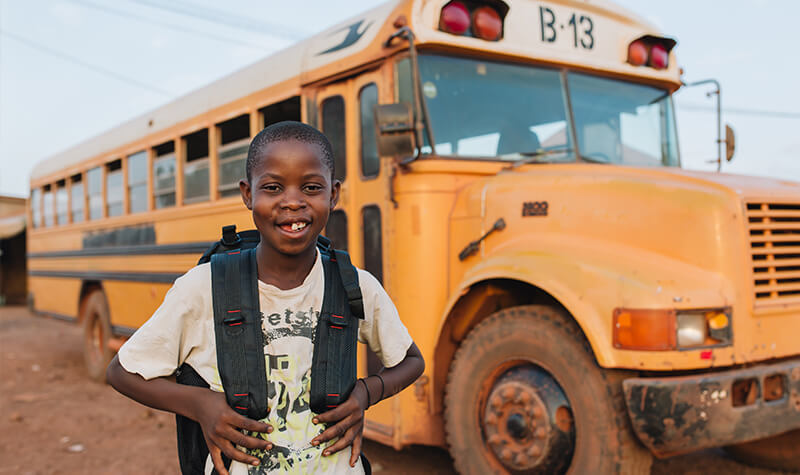 During his time onboard the Africa Mercy, Sekouba received surgery to remove the maxillary mass, followed by several weeks of appointments to observe his recovery process. The sight of Sekouba’s healing face brought his mother endless joy.

“Every time I pray, I thank God for this ship,” M’mahawa said. “I don’t know what we would have done without it.”

One month after he was admitted for surgery, Sekouba was ready to make the voyage back home, excited to return to the classroom. According to M’mahawa, Sekouba also has his eye on a girl, who his mother says, with a twinkle in her eye, he never stops talking about.

“Now, I’m going to be able to marry her one day,” Sekouba said, smiling widely.

Sekouba only spent a few weeks on the ship — but in that time, his life has changed entirely. With his tumour gone and his face healed, Sekouba’s treasured photograph can return to being a happy memory instead of a reminder of what could have been.

You can help to change more lives like Sekouba’s by becoming a supporter of Mercy Ships today.