Houleye was born with a tumour on her neck that grew larger and more dangerous as she grew older. Her condition not only brought judgement and teasing from other children in her village, but the tumour began to impair Houleye’s ability to move her neck and head. It soon grew to be nearly half the size of her face. 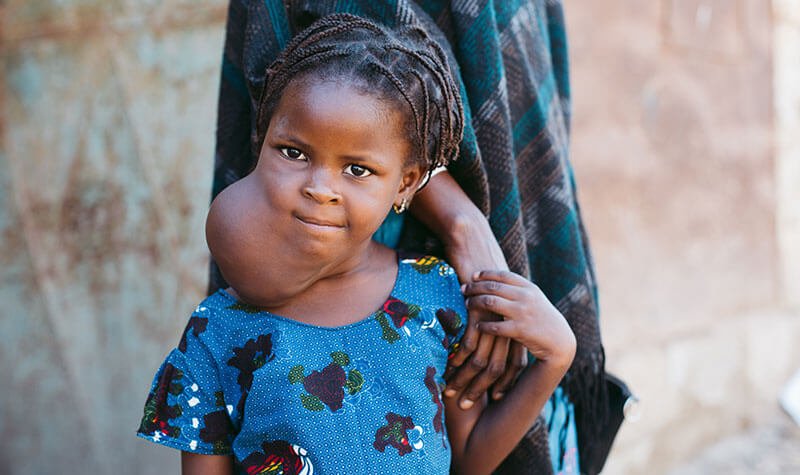 Sadly, living with the tumour was the only thing that Houleye had ever known. Her family worried desperately for the little girl’s future, but the surgery she needed was financially unattainable. “The tumour hurt her so she would quit playing and she’d cry,” her aunt, Khadiatou, said.

One day, a glimmer of hope arose when a local doctor informed Houleye’s family about Mercy Ships coming to Senegal to provide free surgeries to children in need.

They took a leap of faith and set out on an eight-hour journey to see if our hospital ship was real. They dared to dream that Houleye could finally get the healing she needed, but it wasn’t until they were finally standing on the dock in front of the Africa Mercy® that they began to believe it.

“When I saw the ship, I knew it was a work of God,” Khadiatou said. “We trusted in Him and He never let us down.” 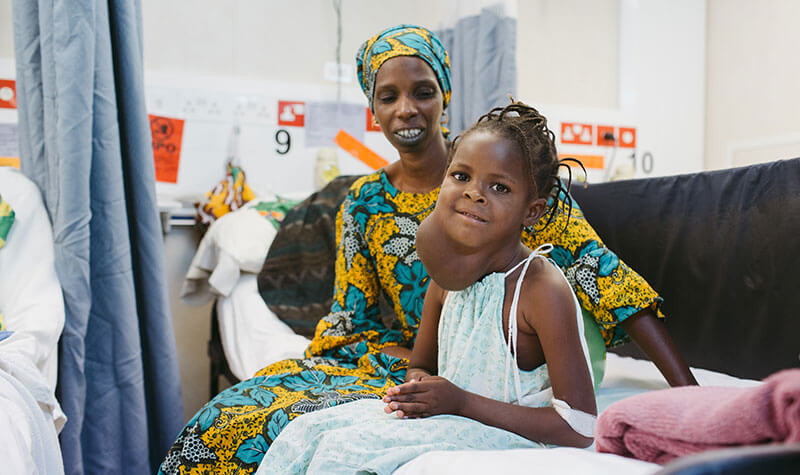 The life-changing surgery onboard the Africa Mercy removed the painful tumour, and began to restore Houleye’s confidence. On her first day at Mercy Ships, the young girl was timid and cautious. But only a few weeks after surgery, Houleye was playing with the other children without ridicule for the first time in her life.

“We are really happy and thankful for everything Mercy Ships has done,” Khadiatou said. “Before the tumour was removed, I was always worried about her. Now, I don’t have to be. May God pay you back!” 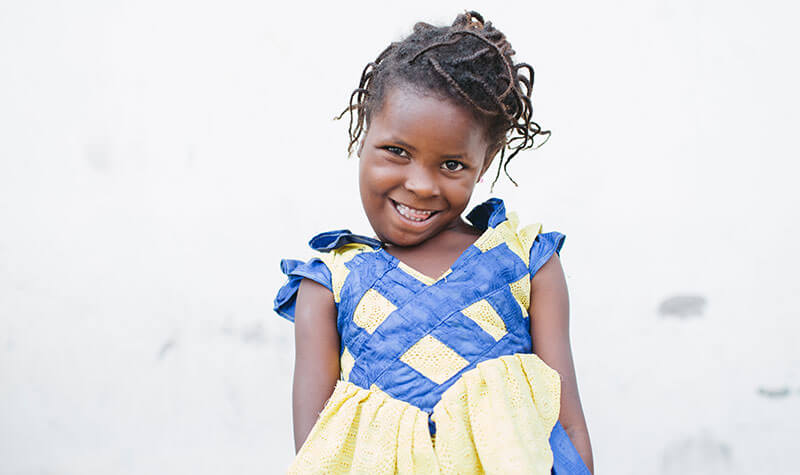 A life free from the tumour means that Houleye is now free to be like every other little girl. She has made many new friends in her village. She beams with joy as she chases the other kids around, and although she is out of breath, she doesn’t stop. She doesn’t have a care in the world.

You can help to change more lives like Houleye’s by becoming a supporter of Mercy Ships today.