Gamai was just a baby when an accident left her badly burned. Thanks to Mercy Ships supporters she had her future restored. This is her story…

The start of Confort’s nightmare was like any other day. It was as Confort was preparing breakfast for her hungry daughters it all began. She had put a pot of water onto boil to make some rice when little one-year-old Gamai, who had just started to walk, toddled past the pot and fell over pulling the boiling hot water all over herself. As Gamai’s screams filled the house, Confort’s world fell silent as she tried to comfort her child.

“My imagination took me to places a mother dares not go,” she recalled. “I fell to the floor clutching my baby.”

Confort and her husband rushed Gamai to the local hospital but were only able to afford some ointment for the pain. Not knowing what else to do, they reluctantly watched their little girl grow over the next few years with contracted hands and arms, severely limiting her mobility.

Attempts to live their normal lives began taking its toll on the family due to the scorn Gamai faced from other people.

“If we went out and she was mocked, she would become shy and cry,” Confort said. “My husband would be cross that I would put her through that. I was stuck.”

The decision was made to keep Gamai from the outside world and for three years she was kept isolated in the courtyard of the family compound to avoid mockery. Confort shared her daughter’s pain saying, “I became very sad and angry that this was the way my daughter was going to grow up — hidden from the world.”

Then one day, in the midst of Confort’s anxiety, she learned of an opportunity for people to receive restored mobility from an operation— a speciality of Mercy Ships.

When the ship arrived in Guinea, Confort bravely made the journey with Gamai, now 4 years old, out of the family compound to the patient selection site.

There she was met by fellow mothers who had gone through similar accidents with their children, and she began to feel more at ease. That same ease developed into hope, which eventually grew into excitement as Gamai was selected for surgery onboard the Africa Mercy.

“Now I am a different woman,” Confort said. “I am filled with happiness that being hidden will not be Gamai’s future.”

But even after surgery, Gamai’s journey wasn’t complete. Weeks of painful rehabilitation began and Confort had to listen to the same cries that she’d tried so hard to settle over the past three years.

“It pains me to hear her hurting, but I know it needs to happen,” she said.

When the day finally came for Gamai to leave the ship, no one could have guessed she’d spent the majority of her life behind closed doors. Engaging and full of life, she leapt for joy as she played with her new-found friends, children that neither mocked her nor stared at her for being different.

Unable to lift her hands above her head before surgery, Gamai can now reach higher in life than she ever could before

Give a gift today to transform more lives like Gamai’s.

Give a gift today and help others like Gamai 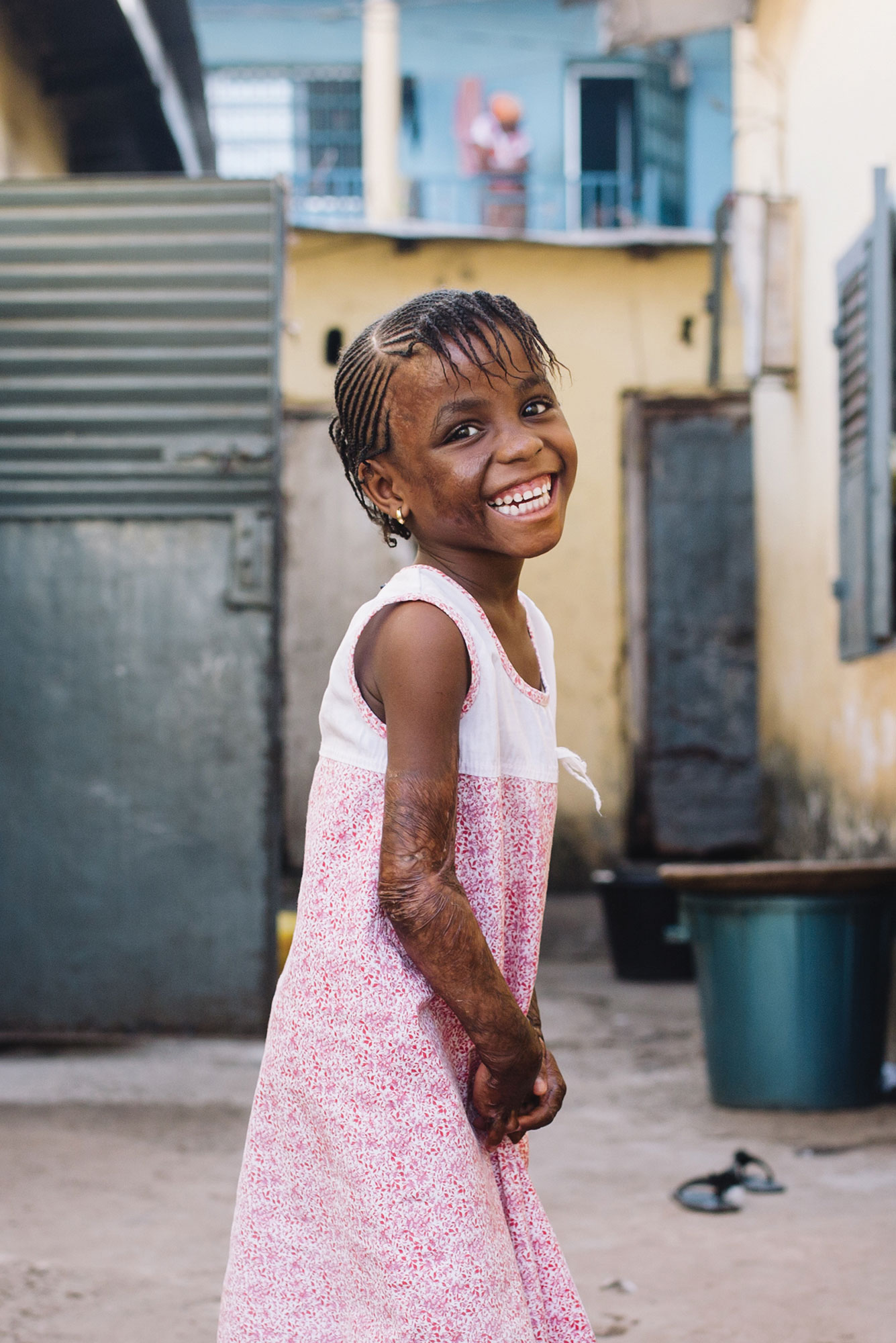