“When I gave birth to Dorkas, she was a healthy baby,” recalled Nicole. But the problems started soon after. As she watched her firstborn constantly squinting, she became concerned. “I started to wonder what this could be,” she said.

Her fears were confirmed and multiplied when, three years later, a new baby named Anna was born. “I couldn’t believe it,” said Nicole. “Her vision was even worse than her sister’s.”

To have not one, but two, children who could not see? This unbelievable situation weighed heavily on Nicole, who was raising her children alone. “Was this because of some sin I have committed. Is it a curse?” she wondered.

But in reality, the little girls’ condition was genetic. Dorkas and Anna were just two of the roughly 300,000 blind children in sub-Saharan Africa.*

Most of these children would be able to see if they had access to modern medicine.

Nicole didn’t know that her children’s condition could be cured, but she sought help anyway. “The moment I realized that both of my daughters could not see, I began to hope that one day they would get surgery,” she said. Nicole followed her mother’s advice to go to the national hospital in Togo. An ophthalmologist examined the girls and quickly diagnosed their condition as cataracts. But there was no surgeon to help them.

Then Nicole heard that Mercy Ships was close by, and they could treat children’s cataracts. “I went hopefully to them,” she said, making the trip from Togo to neighbouring Benin. It was worth all the effort! Nicole left the patient screening site with yellow cards – the signal that her daughters were scheduled for free surgeries. “It was then that I started to believe,” said Nicole. “But I was still praying and wondering if they would really be able to see after the operation. I was not yet confident.”

Anna and Dorkas were operated on in the same morning. Six-year-old Dorkas came through fine, but Nicole was far more worried about her younger daughter, two-year-old Anna, because her vision had been much worse.

After Anna’s surgery, volunteer eye surgeon Bob Burlingame went to the wards looking for Nicole, who had stepped out. “I asked the translator to tell her that everything went very very well and that I expected Anna to see much, much better,” he said.

The translator left the room, and only seconds later Dr. Bob heard Nicole shout from the other end of the hall, “Praise God! Praise God! Mercy has saved my baby’s sight!” And she came running down the hall, shouting and praising God.

Give a gift today to transform more lives like Dorkas & Anna’s.

Give a gift today and help others like Dorkas & Anna 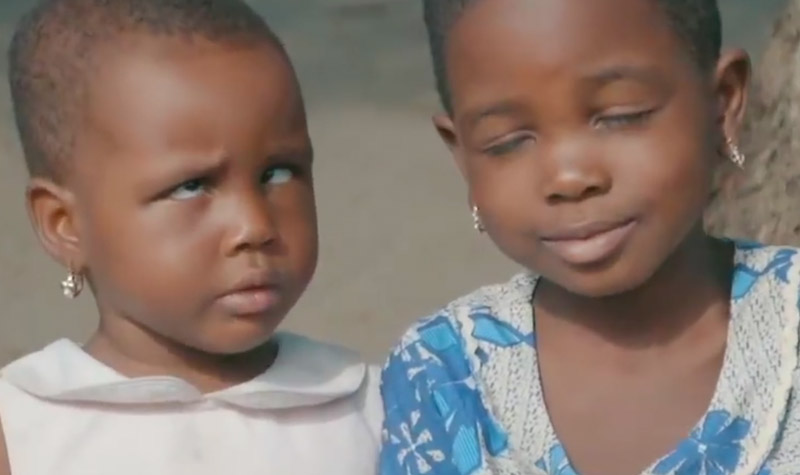 *(International Agency for the Prevention of Blindness)