A Triumphant Homecoming for Diacko

When Diacko was a baby, others in his village would regularly stop his mother, Youma, just to tell her how beautiful he was. As Diacko grew, he was often complimented for his handsomeness.

Then, when he turned 3 years old, Diacko’s legs began to bow terribly outward. Youma’s heart would break as the compliments her son used to receive became jeers and taunts. Diacko turned shy and stopped leaving the house. Worse, walking became difficult for him, and every step brought pain. 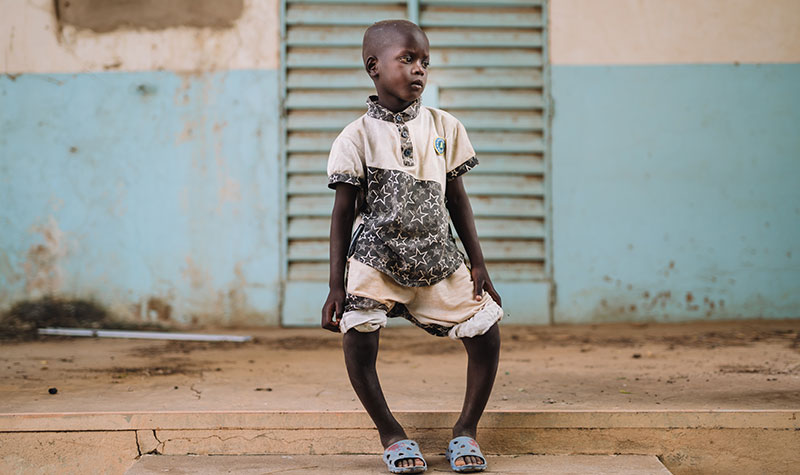 Youma knew her little boy needed surgery, but there was a lack of medical care in her village, and even if surgery were possible, she could never afford it. Youma feared Diacko would live in pain forever.

“We didn’t have money,” she said. “So, I stayed home, waiting for something to arrive from God.”

Soon after, Diacko’s family discovered that Mercy Ships was in Senegal and could help him. They decided to do everything they could to get him to the ship… and they did. Mother and son travelled over 300 miles from their village to the Africa Mercy and soon Diacko was onboard the hospital ship and meeting other children who suffered from similar conditions for the first time. He was no longer alone!

After the operation, which straightened his legs, he underwent physical therapy to heal and strengthen his legs. The healing process was long and hard for this brave little boy, but he was surrounded by love and support from the volunteer crew and he pushed through each challenge. 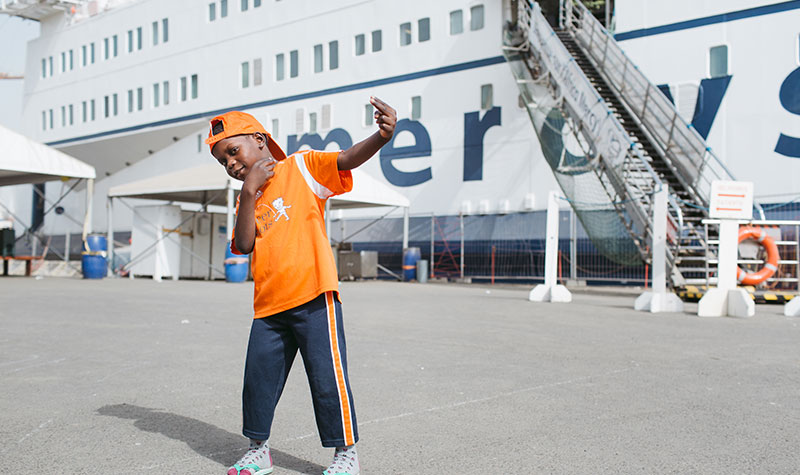 Finally, it was time for the young boy to go home, and what a spectacular homecoming it was. Diacko had become a minor celebrity in his village, and Youma believes that her son’s story of hope and healing will be told for decades to come.

You can help to change more lives like Diacko by becoming a supporter of Mercy Ships today.