Amadou’s story: How one person’s surgery helped a whole community

For the last 15 years, medic Amadou had refused to be defined by the tumour that had been growing on the side of his face.

Caring for his patients was all that mattered — even though the tumour was growing unabated and weighed as much as a basketball.

He ploughed on, driven by a deep desire to help others. All the while, the tumour grew and his health was deteriorating.

He had been a practising nurse for more than 20 years and was viewed in his community as a doctor and a leader.

Amadou said, “I did not ever tell myself ‘because you have this tumour you cannot help others’ — that would not be fair to them.

“Instead, I told myself that I should still try my best to help those around me so that God would help me in return.” 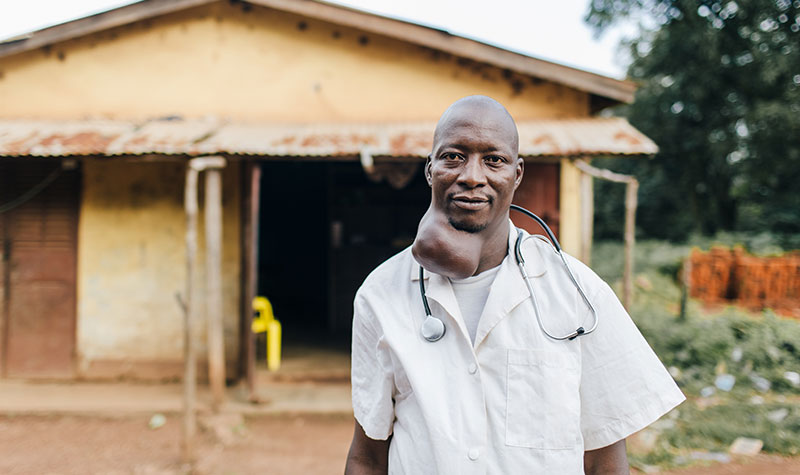 The cause was a Pleomorphic tumour in his salivary gland, that was growing daily.

In the UK, this would be easily fixed on the NHS but Amadou was dealing with an entirely different scenario.

He fully aware his local hospital was not surgically equipped to perform its removal but he began to save money in the hope that he might one day travel to find help remove it. One day, he hoped, he would find a way.

Little did he know, a way was finding its way to him. 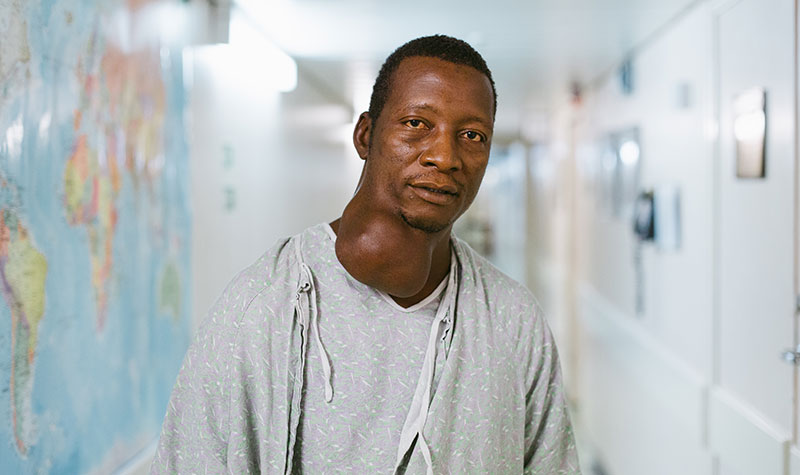 One day, as Amadou sat in his clinic, people from his village came rushing in to tell him some exciting news. The man who spent his days helping others might finally be able to find help for himself onboard a hospital ship docked in Conakry, Guinea.

“I cannot even begin to describe what this community means to me and how much I love them,” Amadou said. “It’s even more than they seem to love me!”

Amadou made his way to the Africa Mercy, not just to help himself but to receive the aid he needed to continue saving others. His surgery, by volunteer medical professionals, was an all-round success. 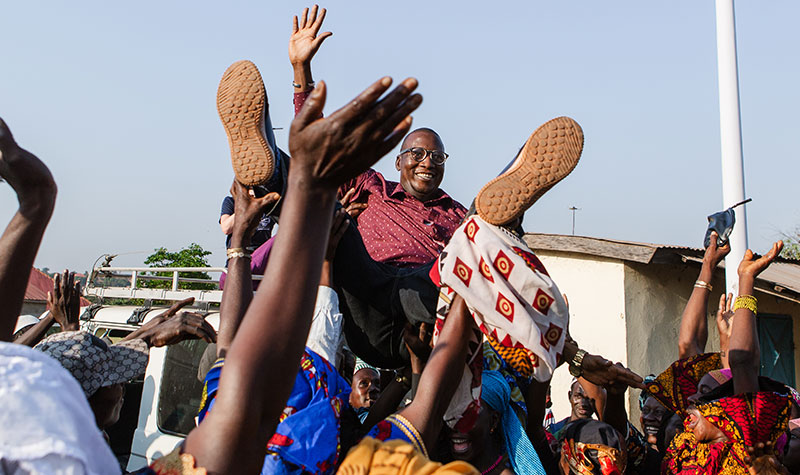 Upon his return, it became abundantly clear just how much he meant to his community. Hundreds gathered for his arrival. He was greeted with a triumphant welcome.

People, dancing and singing, lined the streets in celebration as his friends and family welcomed back their well-loved doctor.

“I cannot even begin to describe what this community means to me and how much I love them,” Amadou said. “It’s even more than they seem to love me!”

But the impact of his successful surgery and healing was one that would reach far and wide within his community and beyond.

He used this time to reassure fearful patients who were waiting for surgery that everything would be okay and told them he is a walking testimony of the safe surgery performed on the ship.

Soon after he had returned home, a 37-year-old woman came into his clinic with a cleft lip. Leaving his recently reunited family, Amadou travelled for over a day to bring her to nurses from the Africa Mercy. 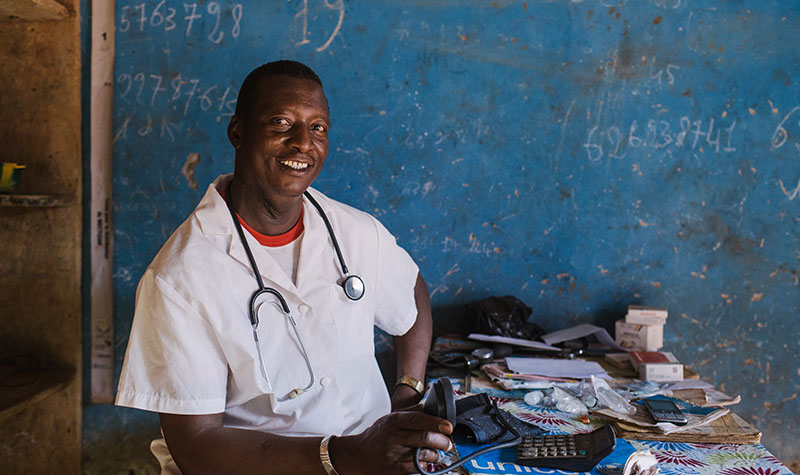 “When I heard about the ship, I was the happiest man,” Amadou said. “I thought, if I get this surgery, I will be a patient ambassador and tell the world about Mercy Ships!”

And the legacy did not stop there. Adamou said his experience taught him new lessons in patient care that would enhance his own work.

He said: “Whilst at the ship I learned how they take care of their patients and I wanted to bring this back to my own clinic,” he said.

His successful surgery not only transformed his life – but his entire community’s.

You can help to change more lives like Amadou’s by becoming a supporter of Mercy Ships today.