Aliou’s story is one of bravery, determination and unleashed potential…

Aliou was just three years old when his blanket caught fire while he was sitting close to a fire, severely burning his upper body. His father thought his son wouldn’t survive, but his grandmother Bintou didn’t give up, determined he would live.

Amazingly, Aliou did survive, but as his burns healed, his arm contracted and became immobile. Surgery was the only way that his arm would move again, but there was no way the family could afford it. 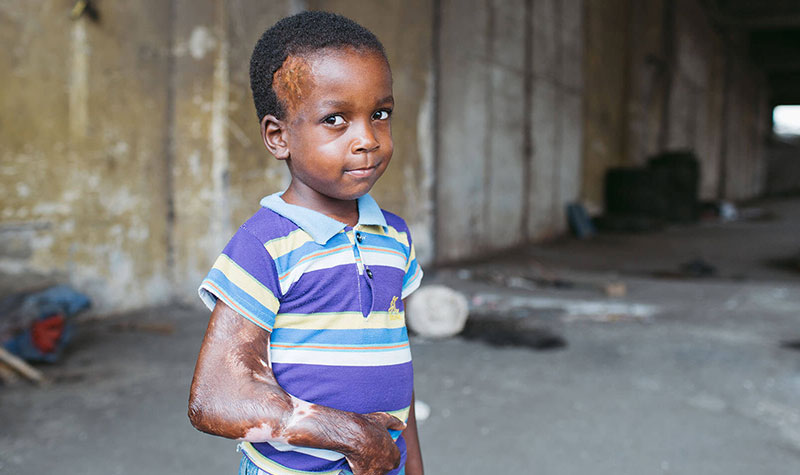 The awful accident brought Aliou excruciating pain and disabled him. He could no longer write. For his grandmother, Bintou, seeing her grandson go to school was a priority, she wanted to him to have a bright future. She was determined that this wouldn’t be the end of his story and sought to find healing for him. 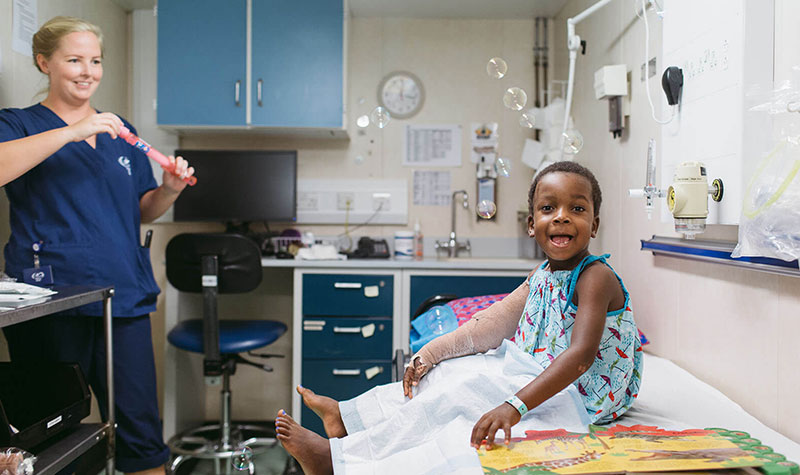 One day, Bintou heard on the radio that the Africa Mercy was coming to the port of Dakar to provide free surgeries and training for medical professionals. Together with Aliou, she embarked on the four-hour journey to bring her grandson to the hospital ship that would straighten his arm. 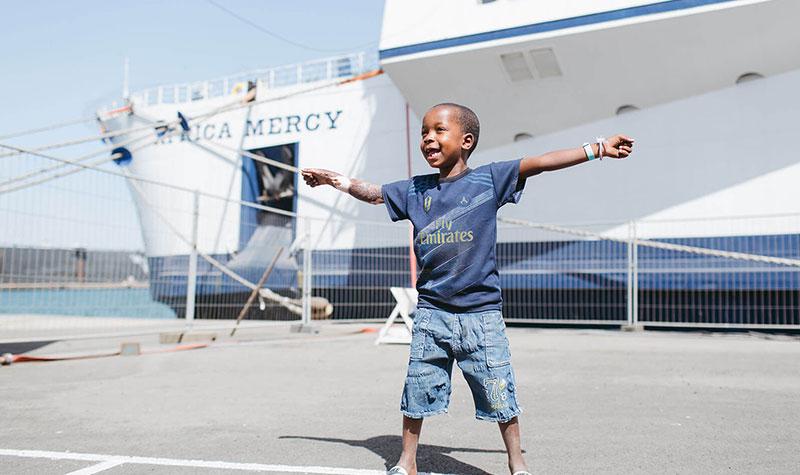 When Bintou saw Aliou healed, she realised that all those years of searching and bravery had paid off.

Once Aliou had recovered, he received therapy to recover the motion in his arm before returning home. It’s a critical step in ensuring the work done by the volunteer surgeons would last a lifetime.
Today Aliou’s future has been unleashed.

“Everything he could not do before, he can do now,” she says, “He is living like a normal boy… and soon he will begin school!”

Thanks to supporters like you, Aliou received a life-changing surgery.