Michelle White is an anaesthetist from London. She joined Mercy Ships on her first of five short-term commitments onboard the Anastasis in December 2005, before becoming a full-time volunteer in 2012.

After five years of full-time volunteering, her servant’s heart to the cause has been an inspiration. “Mercy Ships combined my love of the sea, love of people, love of travel and love of medicine,” she explains.

Michelle is invaluable in the operating theatre, but she is also essential for bringing medical education to the countries that Mercy Ships serves. “We serve the poorest of the poor and focus on the patient in front of us,” she says, “but we also work closely with local healthcare workers and the Ministry of Health to transform healthcare for the better.”

Michelle’s speciality is paediatric anaesthesia, and she was the Anaesthesia Supervisor until August 2015. She also developed the Medical Capacity Building side of Mercy Ships’ operations, which trains local healthcare workers and is designed to strengthen the entire surgical health system. In 2014 she became the Deputy Chief Medical Officer.

Michelle was filmed for the recent National Geographic series, The Surgery Ship, and she said it was a “wonderful experience”. “I love teaching and sharing experiences of what I do with others. So having the film crew with us – explaining the medical strategy of our surgery and training programmes, as well as sharing medical insights from patient stories – was very special. It was like welcoming friends into my world and sharing with them the things I am most passionate about.”

Michelle left the ship in December 2016. She was very sad to go, and is a much-loved and valued member of the crew.

She has been a mentor to many people on board and is very highly regarded for her expertise.

“The film crews were there for the last few months of my five years onboard,” she says, “and when they interviewed me, they asked searching questions about my roles and responsibilities and motivation, and the highs and lows. It was actually very helpful to my process of transitioning back home to be able to reflect on all that I had done and pioneered during my time with Mercy Ships. On several occasions I think I teared up as I realised just how much transformation had happened in me, in Mercy Ships, and in the countries we served. It was a special time.”

She left the ship to take up a role as a Consultant Anaesthetist at Great Ormond Street Hospital in London. It was hard to say no to such a great and prestigious offer, especially as it takes her back to clinical practice rather than the strategic roles in global surgery and medical capacity building that she had been doing recently with Mercy Ships.

“Being a volunteer for Mercy Ships has been an incredible privilege and some of the best years of my life,” she says. “People say it takes blood, sweat and tears to build something new, and I have truly shed all these as I have developed new strategies and programmes in my various roles with Mercy Ships.” 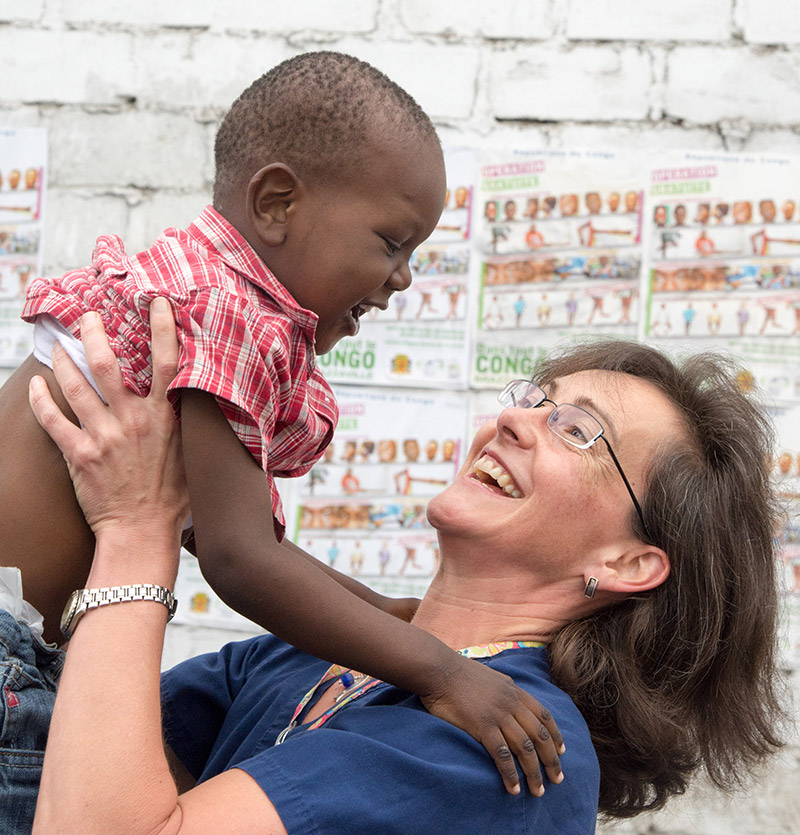