Dr Fifonsi Odry Agbessi mimics the condition, tucking her chin in close to her throat. “There was not one reconstructive surgeon to help her in Benin, and the family did not have enough money – so people pitched in to send her abroad. I was so touched by that story,” she says. “That’s when I chose my profession.”

That was years ago, but it steered Dr Agbessi’s course. After graduating from school, she began her medical studies in Benin. Eight years later, she finished her general degree in medicine and won a scholarship to study reconstructive surgery in Northern Africa.  “But my father was afraid of how I’d be treated,” she says, alluding to her race and gender. “He wouldn’t let me go.” Forced to turn down the opportunity, Dr Agbessi practised general medicine at home for another eight years. “Then I was offered the opportunity again,” she says. By this time, her father had passed away, and she needed no permission. She was finally able to pursue her goal. “It was in 2015 that I finally succeeded in becoming a reconstructive surgeon,” she says. “Of course, there were many times it wasn’t easy, times I wanted to give up,” she recounts. “But I finally got here.”

Dr Agbessi overcame many challenges to become the first and only reconstructive surgeon in Benin, a country with over 10 million people.  She demonstrated her commitment to improving her skills by coming onboard the Africa Mercy once a week for four months to work alongside Dr Tertius Venter, a Mercy Ships volunteer reconstructive surgeon, when the ship was in Benin.

Dr Agbessi was passionate about increasing her skills and knowledge with as many of the courses and training offered by Mercy Ships Medical Capacity Building (MCB) mentoring programme as possible.  “She sought me out and told me that she needed to attend our pain management class,” recounted Abby Watrous, a member of the Mercy Ships MCB team. Afterwards, Dr Agbessi thought it was such important knowledge to have that she taught the course to 20 nurses at her own hospital.

Dr Agbassi recently completed her second stint onboard Mercy Ships where she participated in a Medical Capacity Building (MCB) mentoring program.  In West Africa, it’s rare that medical professionals have the opportunity to gain advanced training, practice on newer technology and liaise with experts in their field.  For that reason, many medical professionals leave to study abroad. Dr Agbessi took advantage of the opportunity to work alongside Mercy Ships surgeons in 2009 and again on the ship’s return to her country in 2016/17.  “She spent as much time as she could with us,” said Dr Tertius Venter.  “I was certainly impressed with her knowledge.”

As Dr Agbessi puts her newly minted skills to work back in her own operating theatre, she’s not blind to the challenges she’ll face. “We see a lot of things here,” she says… and that probably includes women as badly burned as the one who inspired her in the first place. 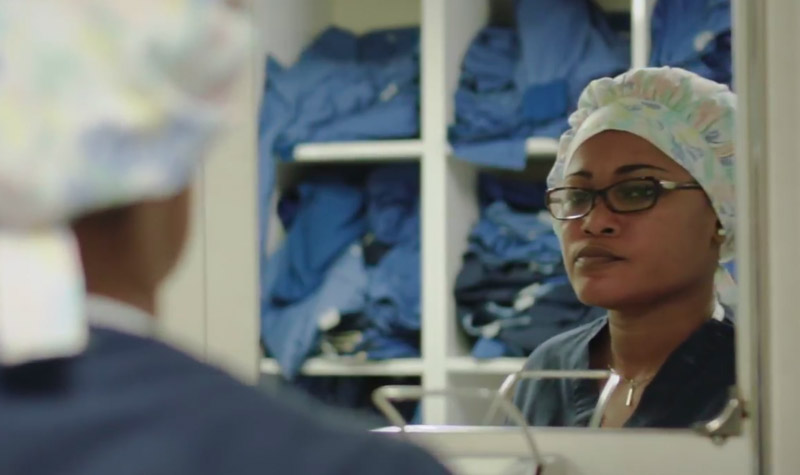 Dr Agbessi preparing for surgery onboard the Africa Mercy. 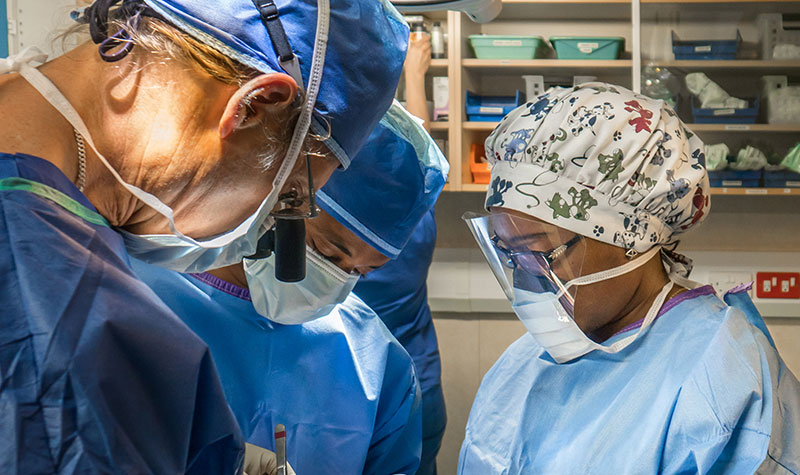 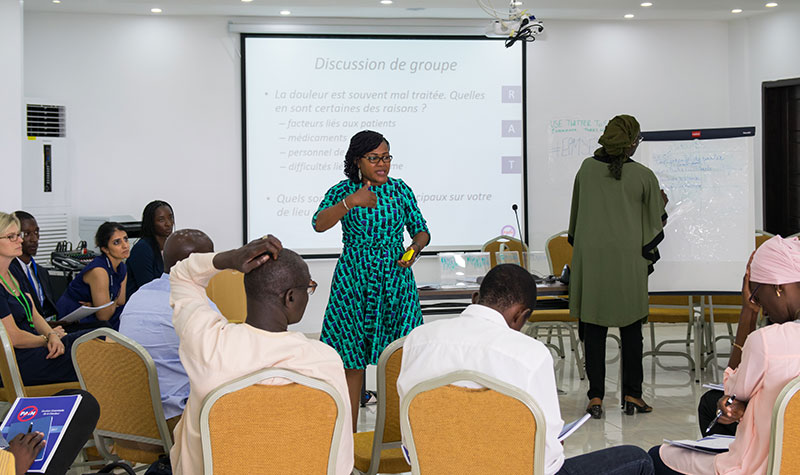 Without Dr Agbessi, and volunteer medical professionals, Mercy Ships would not be able to operate; our hospital ship needs people like you to crew it. We need over 400 volunteers and only half of those roles are medical. We need engineers, deck officers, cleaners, receptionists, plumbers, carpenters and so many more skills. No matter what your skills, we need you.