When Denise applied for a position as an electrical engineer, she never knew the opportunities she would discover.

Denise Ngum was 14 years old when she developed an interest in electrical engineering. At the time, she didn’t know what a career was, but she knew she liked the mystery of taking things apart and putting them back together again. For Denise, fixing problems was a welcome challenge where she was able to use her eye for detail and penchant for creativity.

As she grew older, Denise attended a government university in Cameroon and worked hard to earn a degree in electrical engineering, believing that by becoming trained in a technical field, she’d graduate with plenty of opportunities. But when she graduated in 2014, Denise quickly realized that there were still many obstacles stacked against her — the most unavoidable one being her gender.

“I did come across many challenges because of my femininity where I would have to compromise when it came to having a job,” Denise said.

Phone calls from prospective employers went unanswered once they realized they were recruiting a female. When she did get called in for interviews, Denise recounts more than one example of being asked to compromise her values in the form of bribery.

Rather than being in high demand for her skillset, this extremely intelligent and university-educated woman was being coerced into bribery just to get a job. Sewing, which was a hobby and joy for Denise, became her primary income as her hope of being a successful electrician gradually faded.

When she was 27 years old, Denise heard that Mercy Ships would soon be coming to visit her country. Interested in the thought of a hospital ship, Denise decided to apply for a position as a day crew — working in the housekeeping department.

“When I was applying to Mercy Ships, I decided to apply in housekeeping because I thought I would find the same challenges from me being a female if I applied under the electrical department,” she said.

Once her pastor heard of her plans — and the fact that she had a university degree in electrical engineering — he was insistent that she apply as an electrician. But Denise, so used to being shot down, was skeptical that anyone would give her a chance.

She decided to apply anyway — and was amazed when Mercy Ships was more interested in her experience than in her gender.

“They are open to everyone,” she said. “Male or female, everyone is equal to them.”

Now, Denise is training to become a BioMed technician — an essential role that ensures all of our surgical and diagnostic equipment is working to a professional standard. Eventually, Denise will be returning to her own country to share the knowledge she has earned over her time onboard.

“The best thing about my job is when I learn something new. When I have the feeling that I’m gaining mastery of it, I get excited that I could pour the same thing back into my country,” Denise said. “Working is not just to earn money, but working is like a calling or a mandate that brings passion and life in what you’re doing: especially in serving others.” 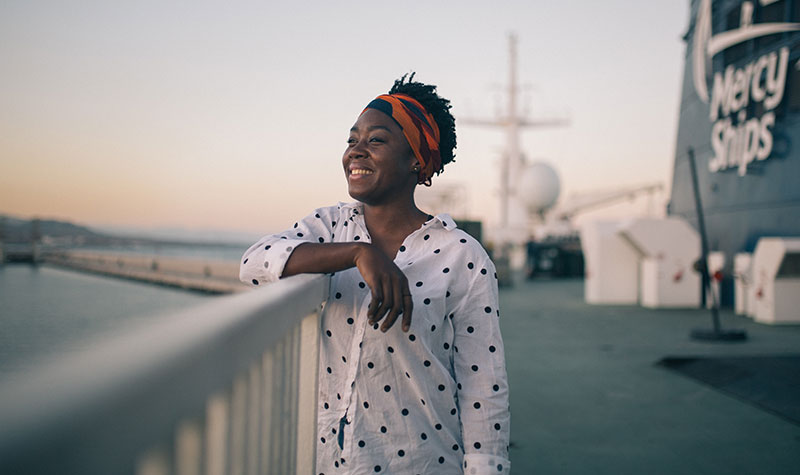 Denise watches the sunset from deck 8 of the Africa Mercy 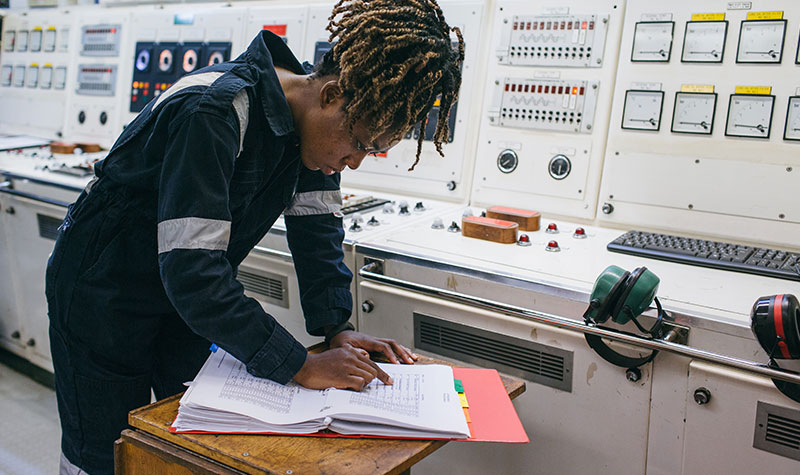 Denise at work in the engine room of the Africa Mercy 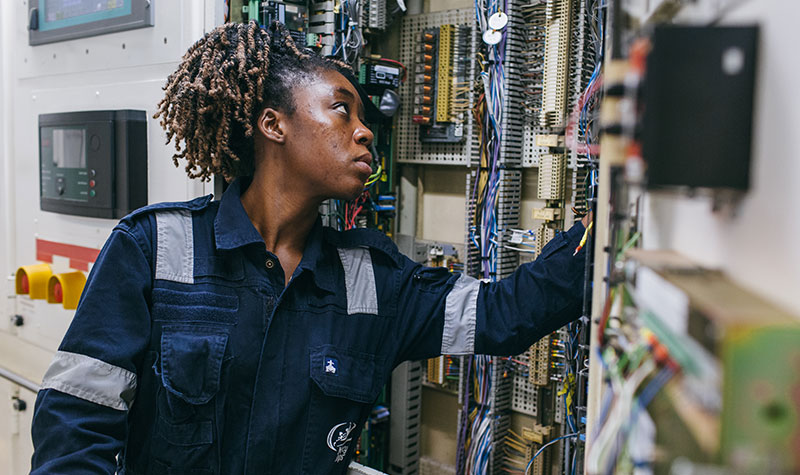 Without Denise, and other volunteer electricians, Mercy Ships would not be able to operate; our hospital ship needs electricians and technical crew.  We need engineers, deck officers, cleaners, receptionists, plumbers, carpenters and so many more skills. No matter what your skills, we need you.