Unexpected Joys and Adventures in Zambia 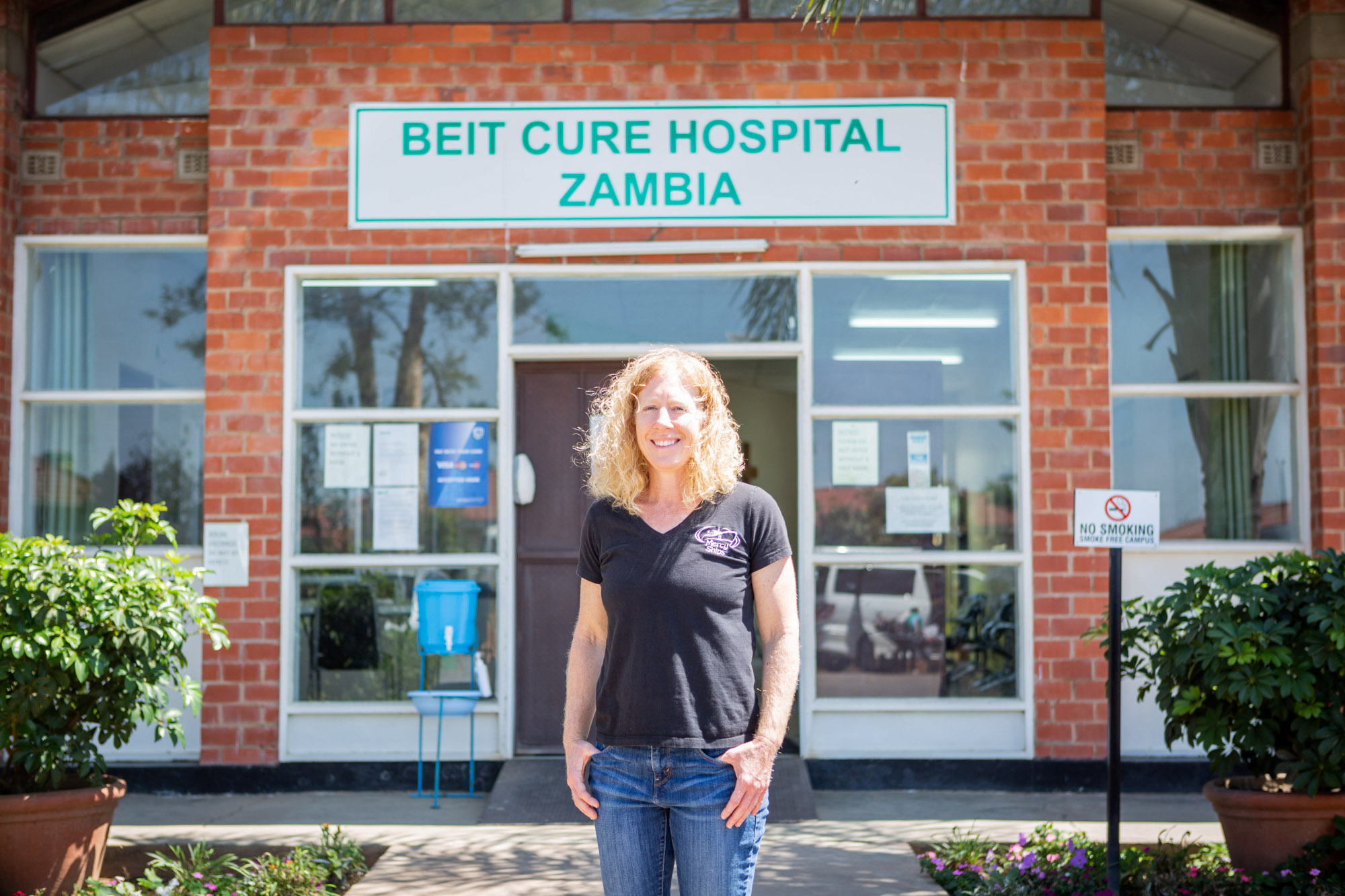 Posted at 11:49h in General by Tim Farquhar
0 Likes
Share

Missy Brown arrived at the CURE Hospital in Zambia ready to work. Instead, she found herself watching, waiting — and learning an unexpected lesson.

Missy has volunteered with Mercy Ships for the past nine years, in the busy role of operating theatre manager onboard Africa Mercy. She doesn’t spend much time sitting around. When she went home on leave during the pandemic, she soon found herself eager to return to work.

This partnership was just one way that, through the pandemic, Mercy Ships was able to continue delivering safe and accessible surgery to those who need it most and Missy saw this as a great use of her skills.

Before her seven-week trip, Missy began the process of registering as a nurse in Zambia. When she got to Lusaka (the capital of Zambia) in August 2021, though, she learned there had been a holdup in her paperwork. Until her registration was complete, she couldn’t do any hands-on patient care.

Missy started helping in other ways, charting for the surgical team and helping in the hospital ward. What at first appeared to be a short delay stretched on for nearly the entire trip. Missy finally received word that her registration was complete just days before she was due to leave.

“It was sweet in those final three and a half days to be fully a part of the team,” she said. “I could fully be myself and fully be a nurse.”

But Missy now believes there was a different purpose for her trip.

“I think there were other things that I was meant to grasp,” she said.

Missy grew close with the CURE staff. She soaked in the experience of being fully immersed in a local African hospital. Established in 2006, CURE Zambia performs over 1,600 life-changing reconstructive, orthopaedic, ENT, and audiological surgeries each year for children suffering from treatable disabilities.

“They drew me right into their operating theatre family and I was part of the team,” she said. “They do things with less resources, and they give a really high standard of care.”

She watched children come in and receive life-changing orthopaedic surgeries.

“I was a part of that every day,” Missy said. “I had to just kind of step back and reevaluate my own attitude of, ‘OK, you’re not practicing or doing what you thought you would do, but does God see that as any less? No.’”

Little did Missy know that she’d use the lessons she was learning sooner than expected.

She travelled to Senegal immediately after her trip to Zambia to help with an ambitious project.

When the Africa Mercy left Senegal in 2020 due to the pandemic, dozens of people weren’t able to receive their scheduled eye surgeries. In the autumn of 2021, Senegal’s Ministry of Health teamed up with local surgeons to reschedule and complete those surgeries.

Missy and a team of Mercy Ships volunteers offered resources, supplies, and mentoring.

“Basically, just helping however we could but not actually being clinical ourselves,” she explained.

Once again, Missy found herself playing a supporting role and watching others do the hands-on care.

And once again, Missy knew she was part of it — even as she stepped back to let others lead. All in all, the Senegalese team performed 111 eye surgeries.

“There are people now here who have sight,” she said. “It was really, really special to be a part of that.”

Missy will rejoin the Africa Mercy in 2022 as the operating theatre manager, then board the newest in the Mercy Ships fleet, the Global Mercy and support the team as they head to Africa… As for her work in Zambia, Missy’s nursing registration will last for two years. Someday, she may still get to finish what she started.

Want to join volunteers like Missy aboard our hospital ships for the experience of a lifetime? No matter which role you play or how long you serve, there’s a place for the unique skills, passions, and perspectives only you can bring. If you’re ready to Make Your Mark and find your place on board, visit mercyships.org/makeyourmark.