‘They light up when I speak French’: How learning a foreign language helps to reach out and connect 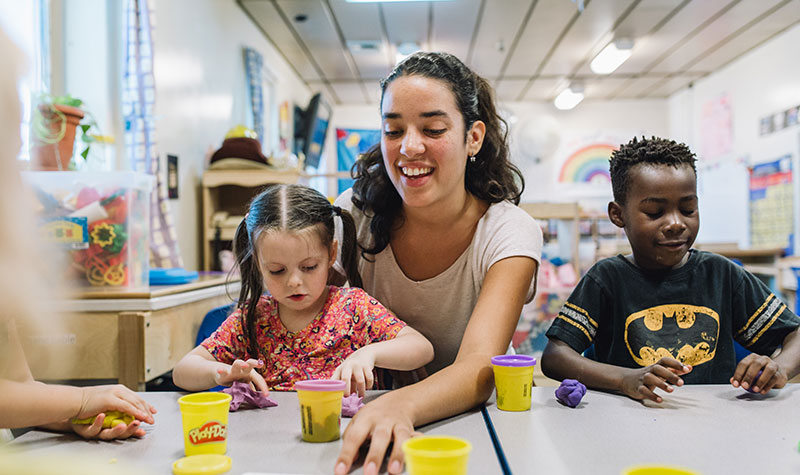 19 Mar ‘They light up when I speak French’: How learning a foreign language helps to reach out and connect

Posted at 21:35h in General by Tim Farquhar
12 Likes
Share

Bonjour! It’s French Language Day, a day to reflect on the official language in most of the countries Mercy Ships works with. Volunteer Alexandra Klauke, known as “Miss Alex”, explains the value of learning someone’s language.

As a native French speaker, Alexandra taught French to primary school students onboard the Africa Mercy. The children, whose parents were serving as volunteers onboard the ship, came from countries all over the world. ‘For some of them it meant learning their second foreign language, because they were already learning English, the main language on the ship. It is always impressive to see how fast children pick things up. What they learned in class, they could use when visiting patients in the ward or with the local people in town,’ explained Alexandra.

Students in the onboard school aren’t the only ones who benefit from learning French. The volunteers onboard also know the value of communicating with local people in their own language. ‘The best example is what happens when I start speaking French to a patient or a member of the day crew for the first time. The day crew are locals who work on the ship and have all kinds of jobs like translating, cooking, cleaning, and driving.  When I say “Bonjour, ça va?” and they find out I speak French, they immediately light up and start talking. Understanding each other without the need of a translator definitely helps with communication, and connections are made more easily. I think that is a good reason to learn at least a few words.’

While onboard, Mercy Ships volunteers can often sign up for optional tutoring, weekly classes, and conversational French groups onboard. And in countries like Senegal, where French is not the lingua franca, there is the opportunity to learn native languages like Wolof.

It may be clear that, as a visitor, learning a language is necessary. But there is also a personal gain in doing so: ‘If you go to the market or if you are in a taxi, it is pretty convenient to speak the language, even if it is just a bit. It makes you feel more comfortable when travelling. Also,’ said Alexandra, ‘it is good for your brain to learn a second or third language — learning keeps it flexible.’

The Mercy Ships Academy is a fully accredited international school for children from kindergarten through to secondary school. We believe that it is essential for students to be able to communicate with the people we serve in West and Central Africa. To this end, the school offers a French language programme that gives all students the opportunity to learn French as a second language and develop a deeper understanding of French and francophone culture.

‘The decision to learn a foreign language is to me an act of friendship. It is indeed a holding out of the hand. It’s not just a route to negotiation. It’s also to get to know you better, to draw closer to you and your culture, your social manners and your way of thinking.’ John Le Carré

Are you a teacher inspired to use your skills volunteering on the Africa Mercy? Why not get in touch to find out more at www.mercyships.org/beahero