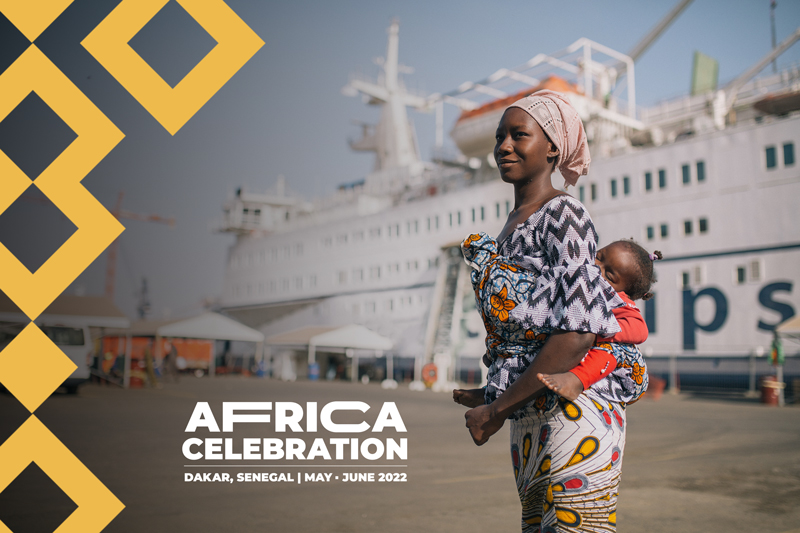 Posted at 11:36h in General by Tim Farquhar
0 Likes
Share

An estimated 93% of the people in sub-Saharan Africa lack access to safe surgery.

Each of those people has a name, a face, and a story. Like Marie Madeleine, a teenager in Senegal who struggled to get to school before she received surgery to straighten her legs. Or Baba, a peanut farmer who thought he’d never again be able to help his family after a severe burn took the use of his arm.

Since 1990, when the Anastasis first docked in Lomé, Togo, Mercy Ships has worked side by side with the African people to provide safe surgery to those who need it.

And after three decades of fruitful partnership, it’s time to take this work to the next level.

The political and scientific leaders of Africa are developing a plan to strengthen surgical, obstetric, and anaesthetic systems from within over the next 10 years. In May, led by the government of Senegal, these efforts will converge at the International Symposium on Strengthening Surgical, Obstetric, and Anesthetic Care Systems in Africa by 2030.

This event is part of an overarching Mercy Ships Africa Celebration, marking not only a step forward for the surgical systems across the continent but a celebration of the 30-year partnership between Mercy Ships and the nations of Africa. None of this would have been possible without our supporters all over the world. And you’re invited to be a part of it all.

The Importance of Evidence

Still little is known about the specific barriers to surgery in each African country. That’s why the Senegalese government and partners have launched a baseline assessment. The study will investigate the surgical, obstetric, and anaesthesia systems in 47 African nations and identify any gaps. Currently, only seven of those countries have a surgical plan – but that will soon change.

The team behind the assessment worked with more than 850 district hospitals to gather the data. Dr M’Pelé believes the study is vital to moving forward.

“If you don’t have an assessment, you cannot have a plan,” Dr M’Pelé said. “It’s about research. Research to support actions. Based on that assessment we can now help them to think about, what are the priorities? What are the best strategies for Africa to invest, and then upgrade the system for the next 10 years?”

The Mercy Ships Africa Celebration is a time to celebrate and reflect on the progress of the past 30 years and to set our hearts toward what’s next. You are invited to join portions of the events virtually, from wherever you are in the world.

From May 4-5, medical experts from around the continent will gather at the symposium to discuss the baseline assessment’s findings. Then on May 6, a group of African Ministers will go over their report, taking another step to turn research into action.

On May 30, following a ribbon-cutting to inaugurate the Global Mercy, African heads of state and ministers of health will gather to approve the Dakar Declaration and commit to accelerating access to safe, timely, and affordable surgery in Africa by 2030.

Finally, on June 2, the blessing of the new Global Mercy at the Port Automne in Dakar.

“We have a shared vision of working together in strengthening surgical, obstetric, and anaesthetic care systems in Africa, and we are looking toward the future together,” said Gert van de Weerdhorf, Mercy Ships Chief Executive Officer. “This is a momentous occasion in Africa, and we are so grateful to be a part of it.”

Building from a Strong Foundation

Mercy Ships has partnered with Africa on health system strengthening for years, through its medical capacity building programme.

“When the ship comes in, we do amazing work, but we can’t stay there all the time,” said Dr John. “And it’s important that we help to strengthen healthcare systems as part of what we do.”

Mercy Ships is seeking to fill the role of supporter, adviser, and partner. But the ability to change the landscape of surgical care in Africa lies with the African people.

“We have influence, but it isn’t our responsibility to fix that system,” said Dr John. “We do have an amazing opportunity to influence, empowering others to be able to change their system from the inside.”

Dr M’Pelé believes the work of Mercy Ships is more important than ever.

“What a beautiful role we have,” he said.

He sees Mercy Ships as an agent of unity, bringing together leaders in government, medicine, nonprofits, academia, and business, to help ensure that this mission is a success.

“This is something we will decide together,” he said. “We are going to make bold decisions for our future. And we don’t have the right to fail. We have to succeed.”

The Mercy Ships Africa Celebration is a chance to celebrate a three-decade legacy of hope and healing, and to look ahead to the future. Follow updates from Mercy Ships to learn how to get involved and participate virtually.