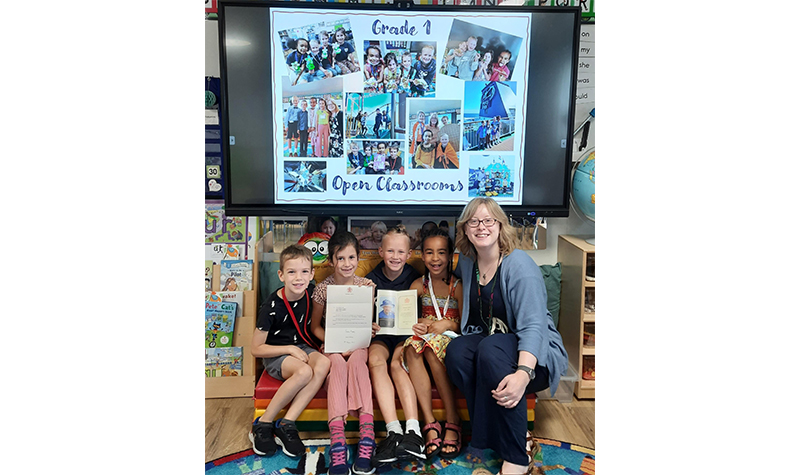 Posted at 15:40h in General by Tim Farquhar
0 Likes
Share

Pupils on hospital ship the Global Mercy were so excited to get a letter from the Queen when they sent a congratulations card for Her Majesty’s Platinum Jubilee.

Grade 1 teacher, Kathryn, said, “We posted it to the palace and received a reply in the crew mail! There was much excitement as we opened the envelope to find a personal letter and a card from the Queen! It was definitely a special moment for some of our youngest crew members!”

The letter read:
‘The Queen wishes me to write and thank you for the splendid homemade card you sent on the occasion of Her Majesty’s Platinum Jubilee.

The Queen greatly appreciates your thoughtful message and your kindness in writing as you did at this time.

I am to send you and all onboard the Global Mercy Her Majesty’s best wishes.’

The Queen’s daughter, HRH The Princess Royal, set foot in the children’s very own classroom in March this year when she visited the Global Mercy in Rotterdam.

The Princess Royal became the patron of Mercy Ships International in 2021 and travelled to Rotterdam, where it was docked, to meet medical and maritime volunteers before it set sail for Africa. You can find out about that visit here. 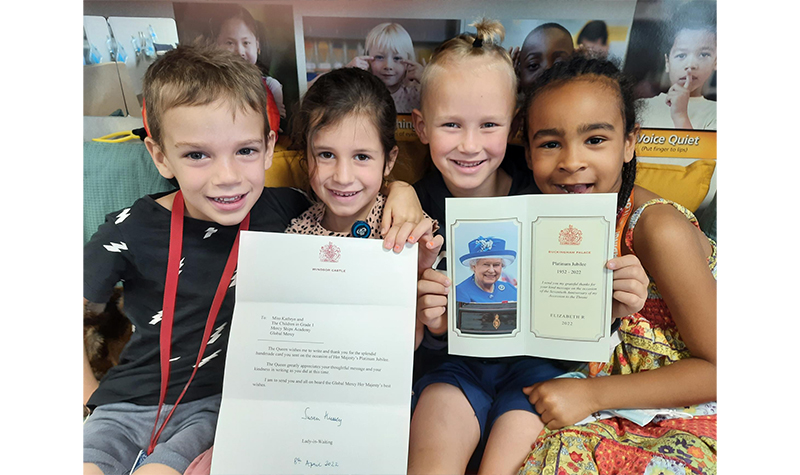 Pupils onboard the Global Mercy with their letter from the palace