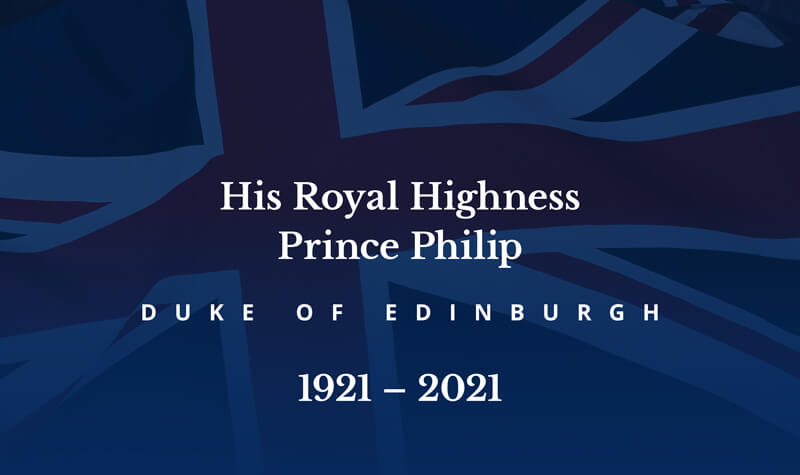 Mercy Ships Chairman Henry Clarke has paid tribute to the Duke of Edinburgh, for his infectious enthusiasm and for his commitment to see the younger generations thrive.

Henry is a founding member of the Board of Trustees and became Chairman of Mercy Ships UK in 2015. He played an instrumental role in the commissioning of the Africa Mercy. It was during Henry’s time as Acting Chief Executive of The Crown Estate that he met Prince Philip, through his connections with one of the Duke’s most remarkable achievements and passions – the Duke of Edinburgh Award.

During these meetings, he experienced another of Prince Philip’s interests – conservation – as they discussed the estate strategy on environmental conservation, with regard to Windsor Great Park. “The Prince’s enthusiasm and passion for the exemplary stewardship of the Great Park were as infectious as his commitment to see the young generation make the most of their abilities and chances through the Duke of Edinburgh Awards scheme,” Henry said.

Prince Philip’s esteemed naval career meant he was no stranger to life on ships, as with our volunteer crew. Despite having to leave the Navy when his wife became Queen, Prince Philip always retained his interest in all things maritime.

First Sea Lord and Chief of the Naval Staff, Admiral Sir Tony Radakin, said via a video message, “Prince Philip retained his involvement in the Royal Navy throughout his life, through official visits, patronage and association with naval charities and clubs, and always enjoyed visiting Royal Navy establishments and ships, and especially meeting sailors and marines.”

Henry continued to say that Prince Philip has left a lasting legacy “Mercy Ships is so grateful for the numerous young volunteer DoE Award holders from so many countries, including of course the UK, who have selflessly contributed, as part of our maritime-based medical mission, to help bring hope and healing to so many of the world’s poor and needy. We are forever indebted to Prince Philip for making it possible for so many of these young volunteers to be able to exercise their compassion and skills, having been inspired by the opportunity given to them through the DoE awards scheme.”