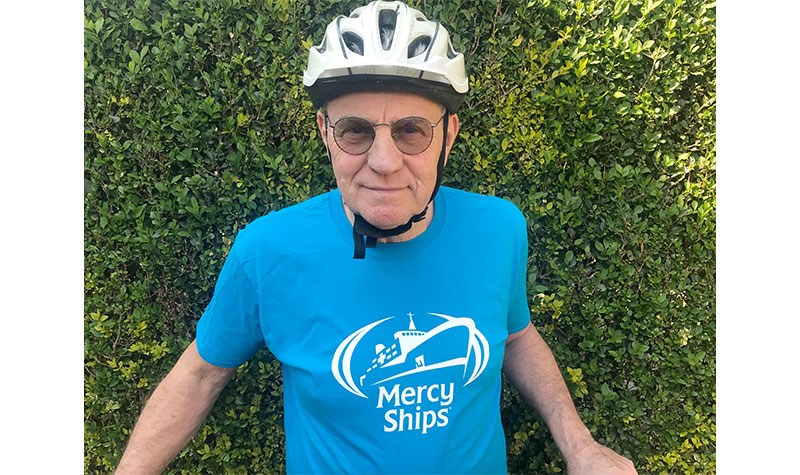 19 May Pedal Power to Support Surgery

Posted at 09:52h in General by Tim Farquhar
0 Likes
Share

A long-term Mercy Ships supporter is cycling more than 60 miles in one night through the streets of London to raise money for the charity.

Don Price, 72, from Woodford Green, London, will be taking part in the London Nightrider on Saturday June 11th until Sunday 12th June.

The challenge will see him pedal through the capital’s streets past historic landmarks, under a moonlit sky over, as he travels over 100kms. He has been training hard for his fundraiser – cycling more than 217 miles in April alone.

Don has been involved in the charity since it was just a dream in the hearts of Mercy Ships founders Don and Deyon Stephens.

He said, “I have an extremely high regard for Don and Deyon Stephens, the visionary leaders of Mercy Ships, whom we have known since 1974 and for all the crew members, staff and volunteers that have served so faithfully through this incredible ministry.”

He said, “I have the utmost respect for the many surgeons and medical volunteers who serve so selflessly to bring healing and help to the less privileged.”

South African born Don particularly loved it when the Anastasis first visited his home country. He added, “It was my honour to welcome the Anastasis to Cape Town on her maiden visit to South Africa.”

To sponsor Don in his charity ride, visit: Don Price is fundraising for Mercy Ships (justgiving.com)