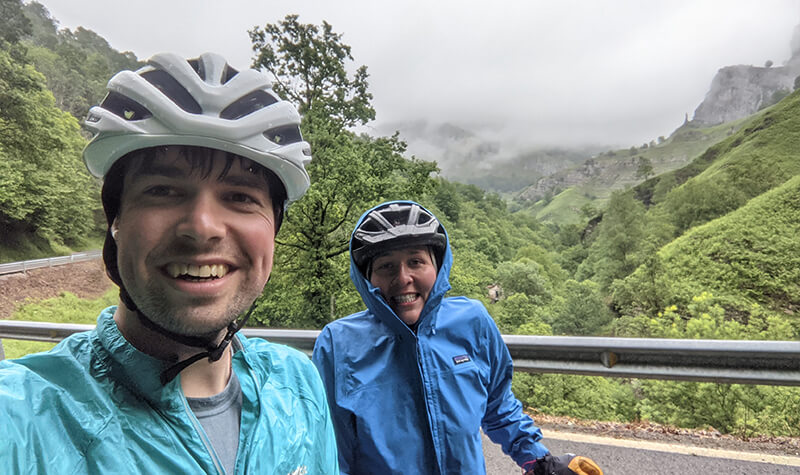 Posted at 13:48h in General by Tim Farquhar
0 Likes
Share

A resilient couple who were cycling from Tooting to Tokyo to raise money for life-changing surgery in the world’s poorest countries have had to rethink their end destination due to the impact of COVID-19.

Determined duo Matt and Coco Morley put all their belongings in storage and set off from southwest London in May 2021 on a year-long global challenge cycling to Japan to raise money for international development charity Mercy Ships.

But the pair, who have already cycled some 9,000 kilometres (5,592 miles) through 18 countries while camping, had to abandon Toyko as their end location due to doubts about ongoing travel restrictions to Japan and surrounding countries.

Instead, the couple who married in September 2020 after pandemic restrictions saw them cancel and scale down their wedding plans, have opted to head to East Africa instead, finishing in Tanzania.

They have persevered despite enduring numerous challenges on their fundraising challenge including getting stuck in tar, 11 separate stomach bugs, multiple route changes, and several punctured tyres.

Coco, 32, said: “We crashed on some freshly laid liquid tar on the road in Tajikistan; a definite low point as we weren’t sure we’d be able to get the tar off our bikes and kit enough to be able to carry on the trip. All of the illness we’ve experienced hasn’t been fun either, particularly getting sick whilst wild camping in a remote forest! So yes, it’s definitely been tough at times but on the whole it’s been an amazing experience.
“We’ve been blown away by the kindness of people that we’ve met in every country we’ve cycled through; people offering us food, drink, lifts, a bed for the night, or even just a smile and a high five. That’s what will stay with us most.”

The pair, who work for the Department for Education, also got stuck in Bishkek due to pandemic-related visa issues and Matt also caught the virus and was very unwell in Thailand just before they were due to fly to Sri Lanka, scuppering their plans.

Matt, 31, said: “Physically the trip has been hard; long, remote days at high altitude in the Pamir Mountains in Tajikistan for example, and some of the steepest gradients we’ve ever seen let alone cycled in the North of Thailand! But we have taken it pretty easy as well; definitely appreciating that it’s a marathon not a sprint.
“It’s also been tough for me particularly to let go of the need to be in control and plan ahead. We’ve changed our plans so many times, but we did kind of know what we were getting in for when we set off! It’s easy to get bogged down in feeling sad and frustrated at these things, but we like to think we’ve got a little better at rolling with the punches and just trying to make a plan B, or C or even H!”

The pair who have raised almost £7,000 for Mercy Ships, said they have not forgotten why they are doing it – to support those in Africa who need life-saving and life-changing surgery.

Coco said: “This trip has really brought to light the many privileges we have in the UK compared to many people, in terms of access to vital services, particularly access to free, quality healthcare.

“Mercy Ships is doing fantastic work to provide life changing health services to people who otherwise wouldn’t have access and working to support long-term change in the healthcare infrastructure in the countries it works with. Something we felt passionate about before we left, and even more so now!”

Mercy Ships has made an impact on Matt since he was a teenager, when it was the charity supported at his secondary school and a speaker visited them with a powerful message about the charity’s work.

They set off on May 30, 2021, and have travelled through Spain, Italy, Croatia, Bosnia and Herzegovina, Montenegro, Albania, North Macedonia, Greece, Turkey, Georgia, Uzbekistan, Tajikistan, Kyrgyzstan, Thailand, Sri Lanka, Kenya and Uganda. They are covering all costs themselves and donating all fundraising to Mercy Ships. 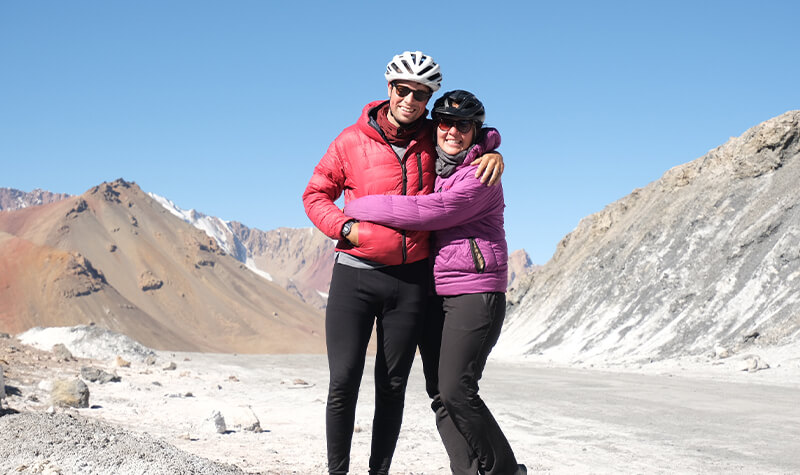 Top of the highest pass of Pamir Highway, Tajikistan 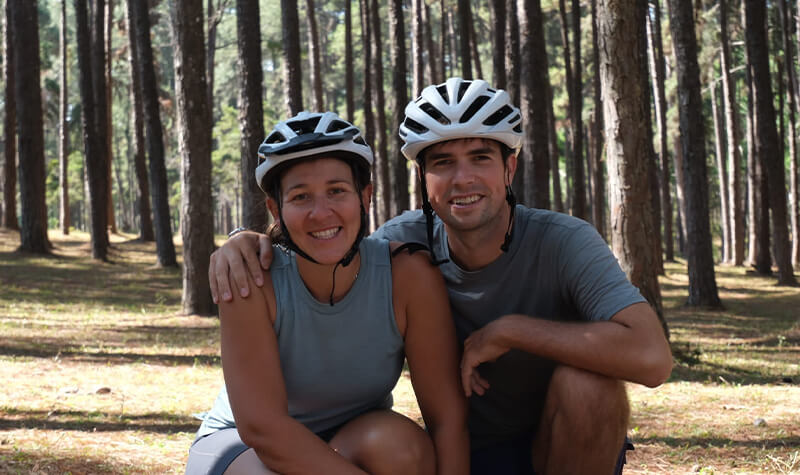 A quick rest in a forest in Boh, Luang, Thailand 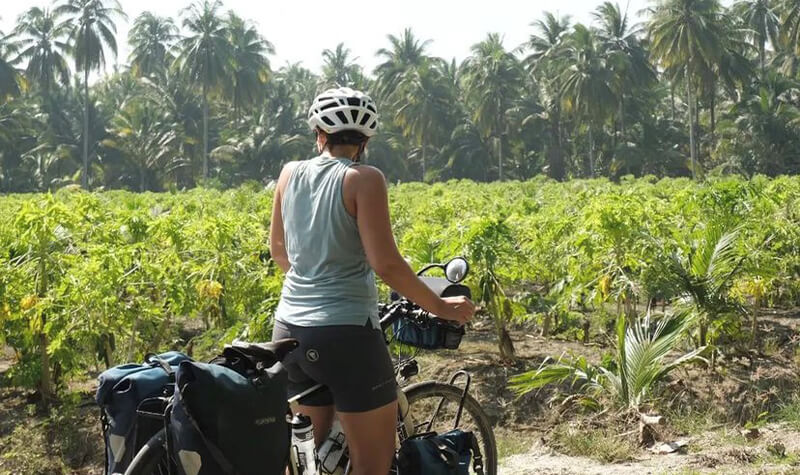 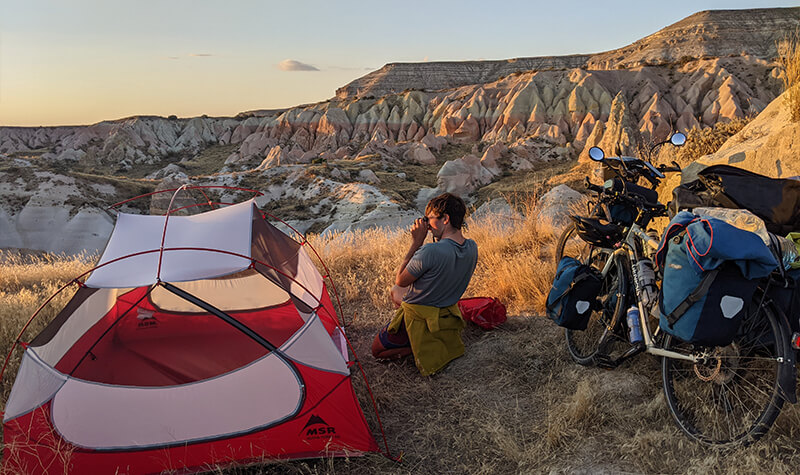 Matt with the tent, their home on their journey, Cappadocia, Turkey 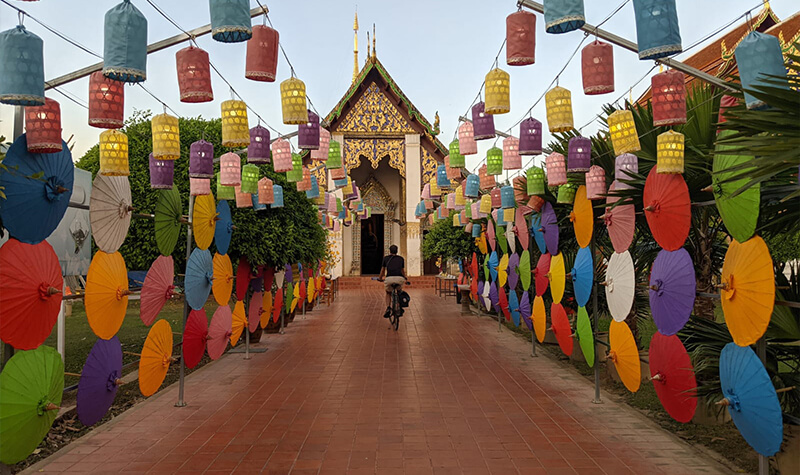 Matt admires the colourful umbrellas and lanterns in Nan, Thailand