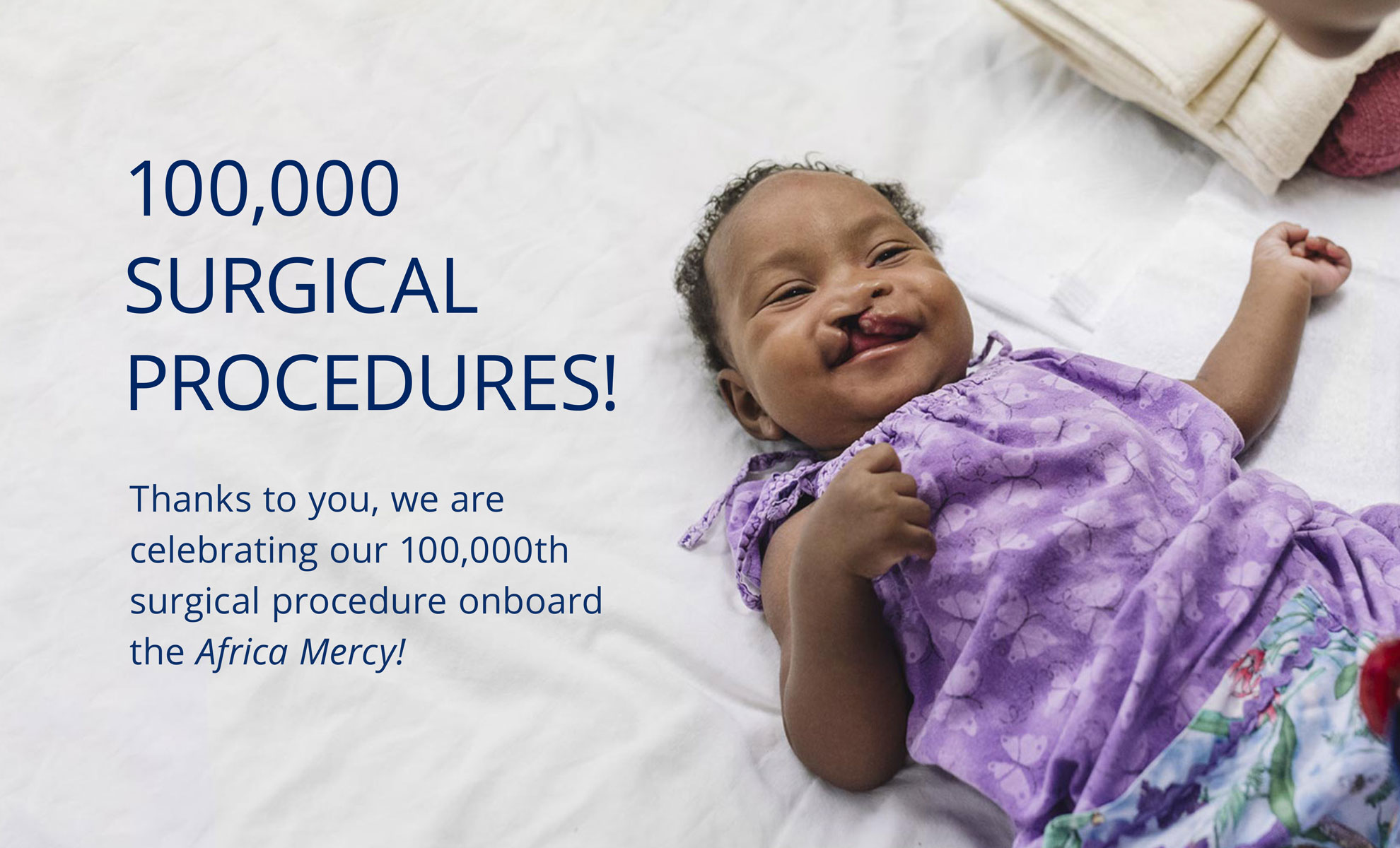 A baby born with a debilitating cleft lip in Guinea has received free surgery from Mercy Ships volunteers, marking the charity’s 100,000th surgical procedure1 onboard its hospital ships.

Aissata (EYE-sat-ah), a 7-month-old child, travelled with her mother nearly 200 miles to receive the surgery on the hospital ship Africa Mercy, which has provided free surgeries to more than 2,100 people in Guinea since arriving in August.

For Mercy Ships, the milestone represents an important point in the nonprofit’s 40-year legacy. For Aissata, the free surgery changed the course of her life.

“I have always been very worried about her future and what would happen to her if I didn’t get her the surgery she needs,” said Aissata’s mother, Hassanatou (Ha–SANA–tu). “But now that she has come here to the ship, I am no longer worried.”Hassanatou holding Aissata after her surgery on the Africa Mercy. 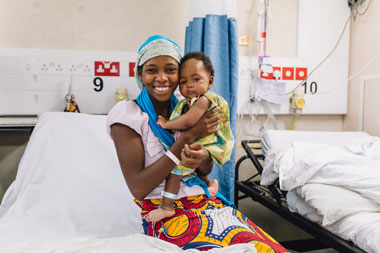 Hassanatou holding Aissata after her surgery on the Africa Mercy

Their family is among the world’s estimated 5 billion people who do not have access to safe, affordable, timely surgery. In sub-Saharan Africa specifically, 93 percent of the population can’t get the surgery it needs.2

Mercy Ships addresses this global surgery crisis within Africa by sending hospital ships staffed by volunteers to the places where surgeons are needed most. These surgeons also train local medical professionals who will stay in their home countries, effecting change long after Mercy Ships departs. Mercy Ships has touched more than 2.7 million lives since 1978.

“Seeing Aissata’s new smile after her surgery is an image of the hope and healing we are working to provide for thousands of people in Africa who are without access to surgical care,” Mercy Ships founder Don Stephens said.

Dr Rachel Pollard, an anaesthetist from Oxford, is one of nearly 400 volunteers currently serving onboard the hospital ship. Dr Pollard has been dedicated to transforming lives for the world’s forgotten poor and was an important part of the operation.

“It was a multinational team with nurses from Korea, new Zealand and Australia,” said Dr Pollard. It’s really exciting to be part of and seeing everyone working to the same goal is very inspiring. She was a very sweet little girl who now looks even more beautiful.”

Aissata is fortunate to have had her cleft lip repaired as an infant. In the developed world, the condition typically is treated in infancy. But in places with limited access to surgery, many children simply cannot get treatment. The condition can lead to malnutrition if infants are unable to nurse, and it can lead to social exclusion or stigmatisation as the children grow older. Thanks to her free treatment from Mercy Ships, Aissata won’t have to face those challenges.

“Our surgical program changes the entire course of our patients’ lives,” said Donovan Palmer, CEO of Mercy Ships. “And by forming partnerships with African nations, together we are building a powerful legacy of hope and healing that’s contributing to the overall development of West and Central Africa.”

Aissata was treated by the following medical volunteers serving with Mercy Ships:

After Mercy Ships completes its fourth surgical visit in Guinea in June, the Africa Mercy will sail for Senegal in August.