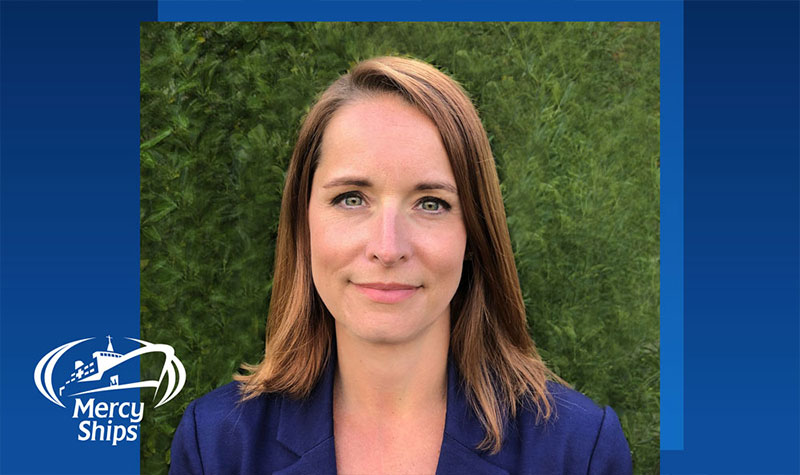 Posted at 14:15h in General by Tim Farquhar
0 Likes
Share

Mercy Ships UK is delighted to announce it has appointed Joanne Balaam as its new Executive Director.

Joanne’s appointment comes as the charity looks to the future and prepares to unveil big plans that will ensure it reaches more people affected by the global surgery crisis.

Joanne joined Mercy Ships UK in 2016 to support Finance and Operations in the UK and US. She had been serving as Acting Executive Director since May 2020.

“I’m incredibly excited to be heading up Mercy Ships UK at such a fascinating time. Mercy Ships is such an amazing organisation and, over the past four years, I’ve had the privilege of building up an incredibly committed and high performing team in preparation for the charity’s next phase: the imminent completion of the first and largest, purpose-built civilian hospital ship, the Global Mercy,” said Joanne.

“As we move closer to the launch of the Global Mercy and look to significantly increase our in-land programmes over the next few years, the need to increase financial support and volunteer recruitment is more critical than ever.

“We can’t do any of this without our faithful supporters, volunteers and partners who share our vision to change and save lives and leave a lasting legacy across Africa. I am hopeful to have the opportunity to meet with many of you over the next few months.”

Mercy Ships UK’s Chairman of Trustees, Henry Clarke, said, “I look forward to the Mercy Ships UK team under Joanne’s leadership as they continue to inspire thousands more volunteers to serve, and supporters to stand with us financially and in prayer as we respond to the post-COVID-19 situation in Africa.”

Joanne studied accountancy at CIMA before starting her career in Charity Finance. She joined Mercy Ships for the opportunity to put her faith in action and use her finance skills to contribute towards healing for the world’s poor.

Mercy Ships uses hospital ships to deliver free, world-class healthcare services, capacity building, and sustainable development to those with little access in the developing world. Founded in 1978 by Don and Deyon Stephens, Mercy Ships has worked in more than 55 developing countries, providing services valued at more than £1.3 billion and directly benefitting more than 2.8 million people. Our ships are crewed by volunteers from over 50 nations, with an average of over 2,000 volunteers each year. Professionals including surgeons, dentists, nurses, healthcare trainers, teachers, cooks, seamen, engineers, and agriculturalists donate their time and skills. With 16 national offices and an Africa Bureau, Mercy Ships seeks to transform individuals and serve nations one at a time.