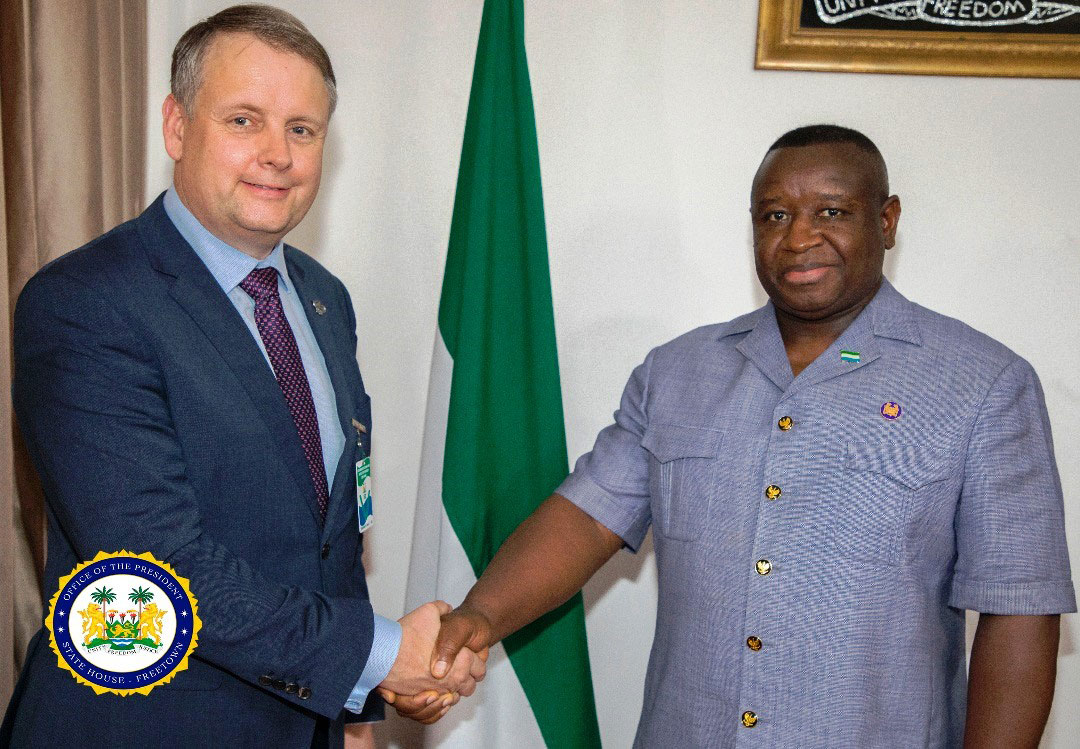 Posted at 13:35h in Announcements by Tim Farquhar
0 Likes
Share

Freetown, Sierra Leone 31 May 2019 – During an audience with His Excellency Julius Maada Bio, President of the Republic of Sierra Leone, the government of Sierra Leone and Mercy Ships signed both an Accord De Siege and a Protocol Agreement which begins a fresh working partnership for 2019-2023.

“On behalf of the Government and people of Sierra Leone I wish to express profound gratitude to Mercy Ships for their continuous humanitarian and medical supports towards providing treatment to people with various medical conditions,” stated Dr Anthony Sandy Deputy Minister of Health and Sanitation.

The signing of the agreements means that Mercy Ships will start working closely with the government of Sierra Leone, establishing where assistance will be most effective. A collaborative approach is much stronger.

Mercy Ships CEO Donovan Palmer highlighted the partnership with the government of Sierra Leone.  “We are excited to confirm that we are in the early stages of planning a future return to Sierra Leone, which will be our sixth field service (1) working in this nation and our first since the Ebola crisis. Now that agreements are signed, we begin the important process of assessing the needs that exist and how we can best assist to deliver hope and healing to those in tremendous need of care.”

For 10 months, a Mercy Ship will dock in the host nation’s port, providing free surgical and dental care for thousands of people, training for local healthcare workers, renovations for local facilities and more.

All Mercy Ships services are provided free of charge, thanks to donors around the world and their support of the volunteer professionals onboard the Africa Mercy. The Africa Mercy‘s next destination is Dakar, Senegal for 10 months from mid-August this year.

Sierra Leone is a rapidly growing country with an estimated population of 7.88 million, up from 5.5 million in 2008. (2) Sierra Leone is positioned at 84 out of 189 countries and territories in the Human Development Index which Mercy Ships uses to assess areas of need for service. Sierra Leone’s life expectancy at birth increased by 14.9 years although the nations GNI per capita decreased by about 18.2 percent during the same time. (3)