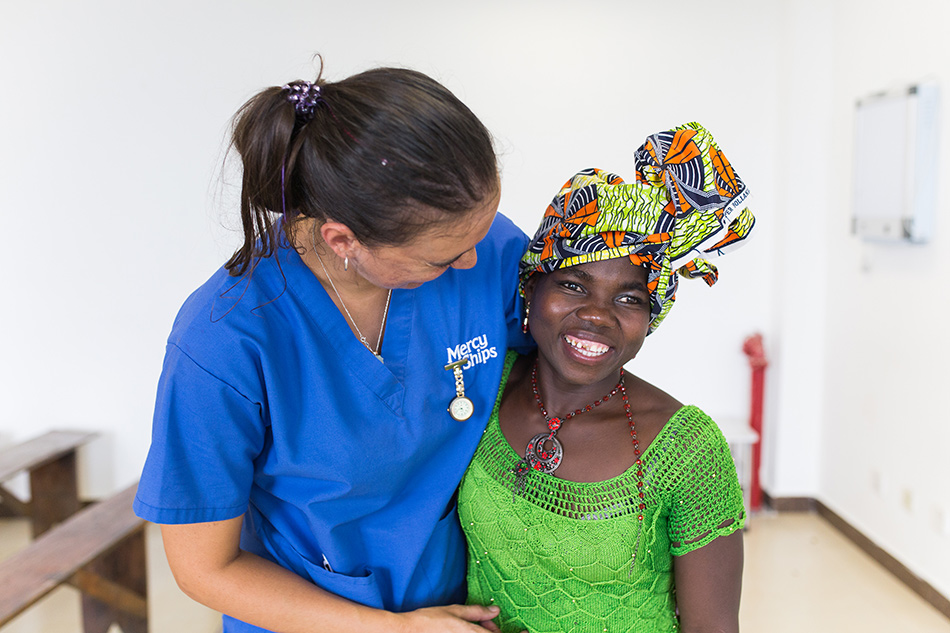 Posted at 14:47h in General by Tim Farquhar
0 Likes
Share

Women are the glue that holds together so many families and communities in the countries that Mercy Ships visits.

They are more than just a sister or a mum, an aunt or a grandmother. They nurture the next generation, they keep traditions alive and they are the foundation of the real social networks that matter.

That’s why it’s such a tragedy when they lose their status in the community and are shunned and relegated to a hermit-like existence because of a treatable medical condition. It’s a complication of childbirth called obstetric fistula that can leave women permanently incontinent, if they don’t have access to adequate medical care.

On 23 May, the UN’s International Day to End Obstetric Fistula, it’s crucial to recognise that more than 2 million women worldwide live with this highly treatable condition and are subsequently outcast from their families and shunned by society. This was the case for Mairamou (pictured above), who came to us during our Cameroon field service.

As a young woman of 20, her whole life was ahead of her — one filled with service to her church community and the anticipation of her and her husband becoming parents.

Those dreams were dashed when she lost the baby after a long, painful labour that left her with an obstetric fistula and incontinence. Three months later, her husband unexpectedly passed away.

Outcast by her community and without a family, she spent seven long years in near isolation, mostly sitting at home alone.

“People don’t want me there,” she said of her church. “They would tell me to go home because of the smell. I didn’t know where my life was headed. I prayed every day to be healed from this disease.”

Mairamou’s prayers were answered when she made the long journey to the Africa Mercy.

Now 27, Mairamou has regained her strength and dignity after receiving free, life-changing surgery from Mercy Ships. She recovered from her treatment with numerous other patients who suffered from the same condition and subsequent social isolation, growing their confidence and healing their hearts together.

The women celebrated with a Mercy Ships Dress Ceremony, the ship’s traditional rite of passage to being welcomed back to society.

It’s for these women and the millions of others like them around the world that Mercy Ships works not just to offer free surgeries but to build the capacity of the local healthcare system to improve access to safe medical care and surgeries.

Give a gift today to help more women like Mairamou.