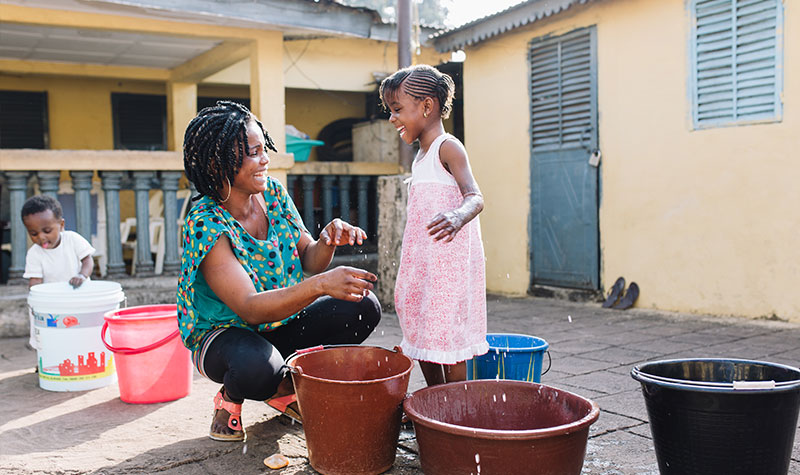 Posted at 12:33h in General by Tim Farquhar
15 Likes
Share

This International Women’s Day, we’re celebrating just a few of the women who, despite overwhelming odds, have held onto hope that a brighter future is possible for their families.

Many of the stories of transformation begin the same way, with a woman who refuses to accept that a life with limitations is the only future for their child. No matter how far the distance or how great their fears, these few incredible stories show that the hope of healing is worth it.

When Confort heard the piercing screams of her baby daughter, Gamai, a normal morning turned into a mother’s nightmare. One-year-old Gamai had knocked over a pot of boiling water, covering herself in the hot liquid and excruciating burns across her upper body.

“My imagination took me to places a mother dares not go,” said Confort. “I fell to the floor clutching my baby.”

Despite a trip to the local hospital, Confort was unable to afford any medical care beyond some ointment to treat her baby’s pain.

Over the next few years, Confort watched as her daughter’s burns healed tight contracting her skin, restricting the mobility of her hands and arms. To protect her from the mockery of strangers, Confort decided to keep Gamai safe from the outside world. The two stayed home together every day, which caused Confort great grief: “I became very sad and angry that this was the way my daughter was going to grow up, hidden from the world.”

But Confort wouldn’t let this be the ending of Gamai’s story. She sought help from the Mercy Ships volunteers onboard the Africa Mercy, where the surgeons were able to help, and provided the difficult surgery needed.

Months later, Gamai’s hands and arms are free to move and she is free to live her life outside of closed doors, without fear or pain. “I am filled with happiness that being hidden will not be Gamai’s future,” said Confort. 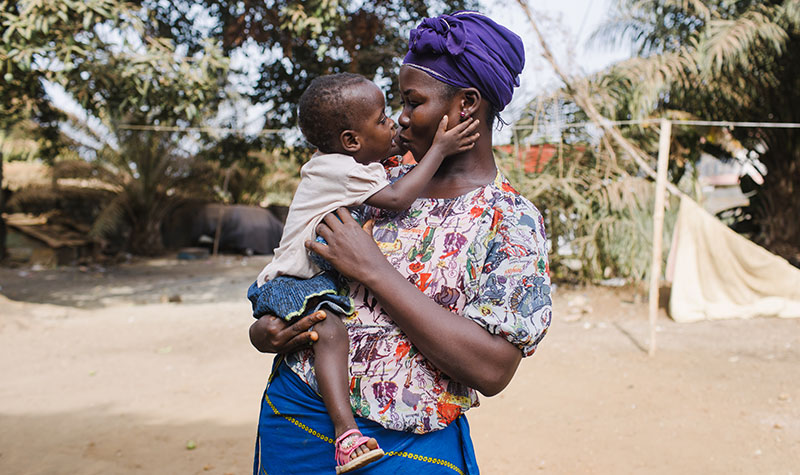 Aicha was just a few months old when her mother, Fatmata, noticed that something seemed wrong with her vision. By the time she started to crawl, visible cataracts had begun to show in Aicha’s eyes.

Fatima was concerned that this could significantly impact her daughter’s hope for a bright future. Everyday Fatima worked in the market with Aicha cradled on her back, overhearing people call her daughter a witch.

Even though Fatmata was afraid of letting people touch her beautiful Aicha, she decided that her hope of healing was stronger than her fear. She brought Aicha to a Mercy Ships eye screening, where they were told that she was a good candidate for cataract surgery.

After Aicha’s surgery, this mother’s felt complete joy as Aicha began to smile and walk around, looking up at her mother for the first time.

“She was like a new person. She was dancing and laughing… She was sick and now she is healed. I have no words to express how happy I am.” 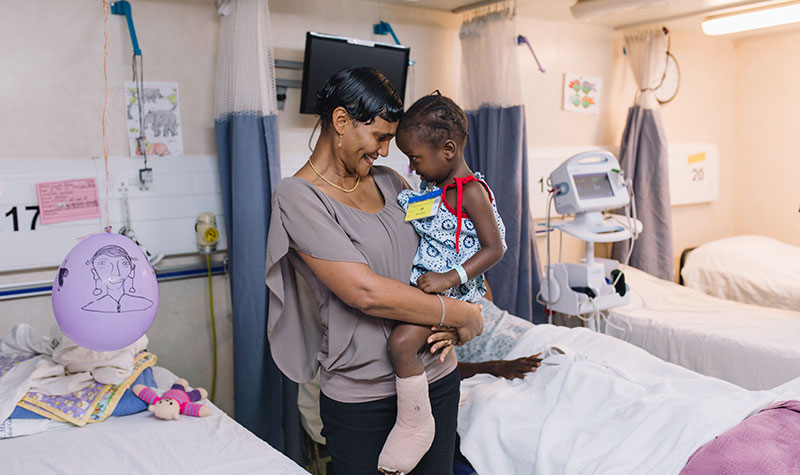 “I was really sad… It was my first time seeing this kind of sickness. She’s just a baby,” said Mariam.

Mariam would later learn that this condition was caused by an amniotic band, thin strands of tissue that wrap around forming body parts during pregnancy, restricting blood flow and affecting limb growth.

Although the little girl was a stranger, Mariam felt an instinctive desire to help her. She heard that the Africa Mercy was in Guinea and offering free surgeries onboard. Despite not speaking the same language, Mariam brought Tene and her mother into her home, housing them for weeks while they waited for a surgery appointment. Once Tene was onboard recovering from her operation, Mariam came to visit and play games with her. Months later, when it was time for Tene and her mother to return home to the village, Mariam waved them goodbye at the bus station with tears in her eyes. The kindness of a stranger gave Tene a chance for a new life where she can walk confidently into her future. 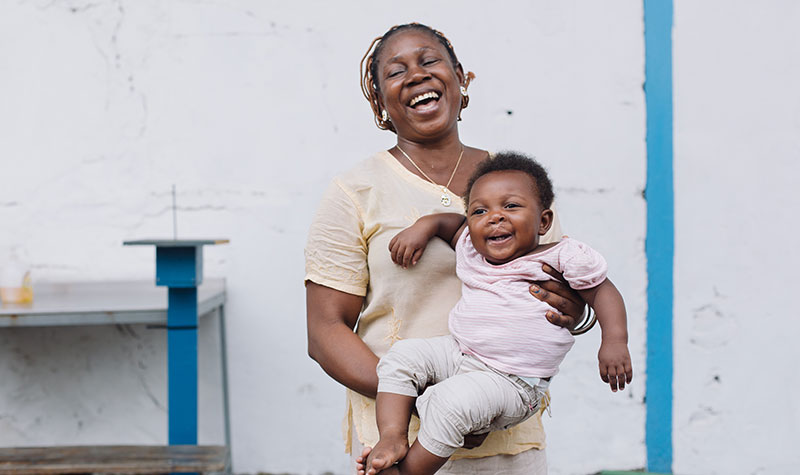 Francoise lived an experience no mother should have to endure. She watched as her newborn baby, Junior, slowly starved. Born with a cleft lip and palate, Junior could not feed properly, despite Francoise’s desperate efforts and he dropped to a dangerously low weight. “We were so scared… we thought he would die,” said Francoise. She stayed up with her hungry newborn night after night, rocking him as he cried, trying to feed him, fighting for him to survive.

When the Africa Mercy arrived in Cameroon, Francoise rushed her baby to the ship in search of help. The medical staff brought him onboard before the hospital was even officially opened to give him the urgent care that he needed. Francoise’s tears of fear turned to tears of joy as her baby blossomed in front of her, his cheeks slowly filling out and his hair growing thick and healthy, until he was strong enough to receive cleft lip and palate surgery.

When it came time for the ship to leave Cameroon, Francoise was celebrating a milestone she never thought she would see: her baby’s first birthday. “The Lord has changed the life of Junior and given him a new one!”

Celebrating the strength of women around the world

Each of these stories is unique, but these women are not alone. The stories of the patients we meet are filled with courageous, faithful, patient women who never gave up hope for their loved ones. The hope of watching their children walk on straight legs, see for the first time, or smile without any limitations. They put it all on the line and as a result, their loved ones’ lives, families, and entire communities are transformed.

We can all see ourselves in the stories of these women. It takes conviction and courage to find help for your loved ones, no matter the obstacles. The drive to advocate for a better future and improved quality of life for your family and friends is one that we all share.

This International Women’s Day, join us in celebrating the women who make up our stories, fight for change, and inspire transformation