Headteacher warms up for Arctic Marathon for Mercy Ships 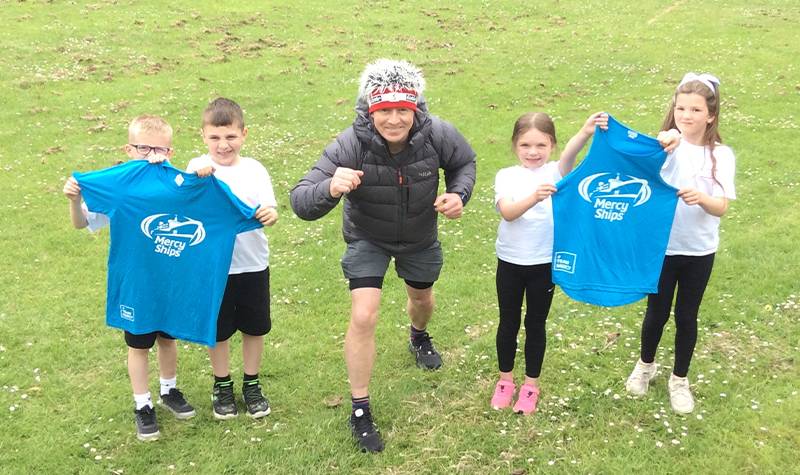 20 May Headteacher warms up for Arctic Marathon for Mercy Ships

Posted at 15:45h in General by Tim Farquhar
0 Likes
Share

An intrepid headteacher is set to run a marathon in the Arctic as part of an academic year of fundraising at his school to help bring life-changing surgery to the world’s poorest nations.

Headteacher Shaun Miles at St Luke’s CofE Primary in Cannock, Staffordshire, all his pupils and staff have been busy raising money for international development charity Mercy Ships since September.

The children chose it to be their Charity of the Year after learning how it uses hospital ships to deliver free, world-class healthcare services, including surgery and training to strengthen and support countries in the developing world that need it most.

Mr Miles said: “The children have watched videos of Mercy Ships patients who have had surgery and been transformed, and they were really moved. I am always saying to them how fortunate they are and when they see these videos they know they are and want to help others.”

Dad of two, Mr Miles is an avid runner and decided to challenge himself to run a marathon in Northern Greenland – the Greeland Icefjord Marathon in May half term. There he will endure freezing temperatures of -11oC as he runs through the remote landscape.

He said, “There’s not much there apart from rocks and icebergs so it won’t be the most scenic run, but I wanted to do something special that would support the charity for school.
“If we inspire children to realise they can make a difference and make the world a better place through their actions then we have done a great job.’”

The children have been taking part in a sponsored run, all running 2.62miles each, for the cause in the run-up to their headteacher’s 26.2-mile challenge.

They also raised money through a crazy sock day where they all wore odd and bright socks and a ‘break the rules day’ where they could choose to ignore one rule, such as wear trainers instead of school shoes, for a day in exchange for a donation.

An art installation where all the children donated 2p coins and stuck them on a display board is now being totted up and the money was also donated to Mercy Ships.

His run is also raising money for the Childhood Cancer Parents Alliance, which supports families of children with a cancer diagnosis. 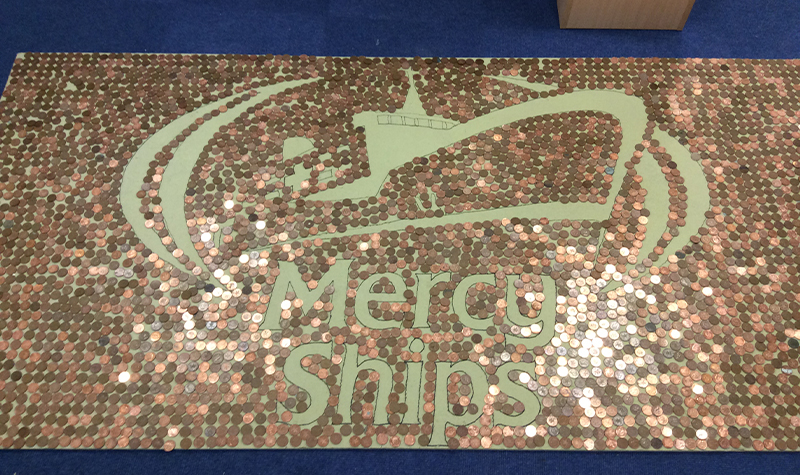 The art installation of the Mercy Ships coin logo