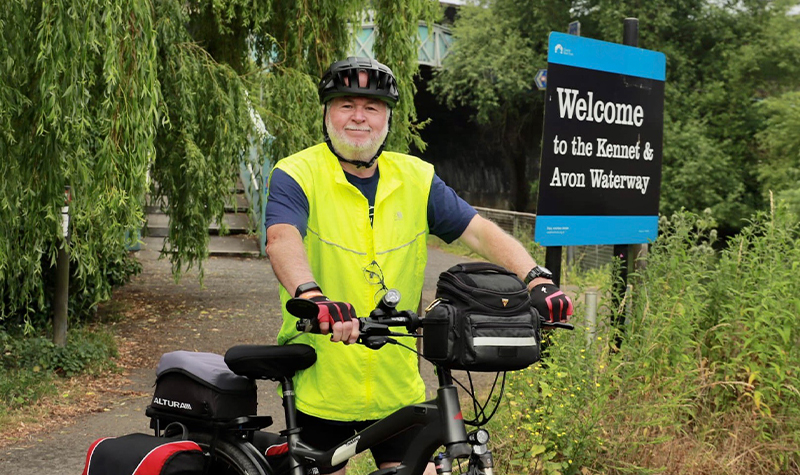 Posted at 15:33h in General by Tim Farquhar
4 Likes
Share

A grandfather from Wiltshire has completed a 100-mile multi-sport challenge along the river Avon to fund himself while volunteering onboard the Africa Mercy hospital ship.

Determined Kevin Wright, 65, from Trowbridge, who has had two replacement knees and shoulders, did a mixture of kayaking, cycling and walking from Reading to Bristol to raise money for his two months with the international charity Mercy Ships.

Mercy Ships uses hospital ships to deliver free, world-class healthcare services, including surgery and training to strengthen and support countries in the developing world that need it most.

Grandad of three, Kevin, will be working on the world’s largest charity hospital training ship – the Global Mercy – as a marine engineer as the ship prepares to deliver surgery in Africa.

The retired calibration and validation engineer started off as an electrician, after a spell in the Royal Navy, before spending 20 years ensuring medical and laboratory equipment such as sterilisers worked properly. His experience means he will be able to fix everything from washing machines to medical equipment onboard.

Kevin said, “I will be paying for my cabin, food, flight and travel insurance and vaccinations. I want to make sure every penny that can, goes to the patients that Mercy Ships treats and the professionals they train, so I thought this challenge could raise money while also raising the profile of Mercy Ships.

“I retired three years ago with a plan to volunteer but then COVID-19 came along. I am so happy to have this opportunity now. Once onboard, I can fix anything that has wiring.”

Following in the footsteps of an ancestor, Francis Crozier, who was a polar explorer, Kevin feels an affiliation with the sea. He completed a fundraising challenge kayaking in Antarctica in 2015 and cannot wait to live on the hospital ship for two months.
He said: “I love boats and ships and I feel very comfortable when I am on them – I think it’s in my blood. I’m really looking forward to working with so many people onboard, together as a team. This 100 miles has been a challenge but a very satisfying one.”

His challenge along the Kennet Canal saw him cycle 70 miles, kayak and canoe 12 miles and walk the last 12 miles (totally 103 miles). Friends Alan Foy and Jamie Farnell accompanied him on parts of his challenge which he completed in Bristol harbour on Friday (July 29th), raising more than £1,600.

Kevin is leaving his fundraising page open until he leaves for the ship on August 19. To help him hit his £1,800 target, visit kevin wright is fundraising for Mercy Ships (justgiving.com) 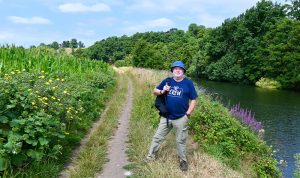 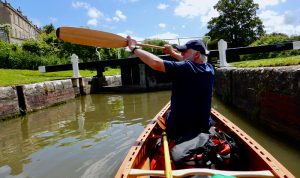