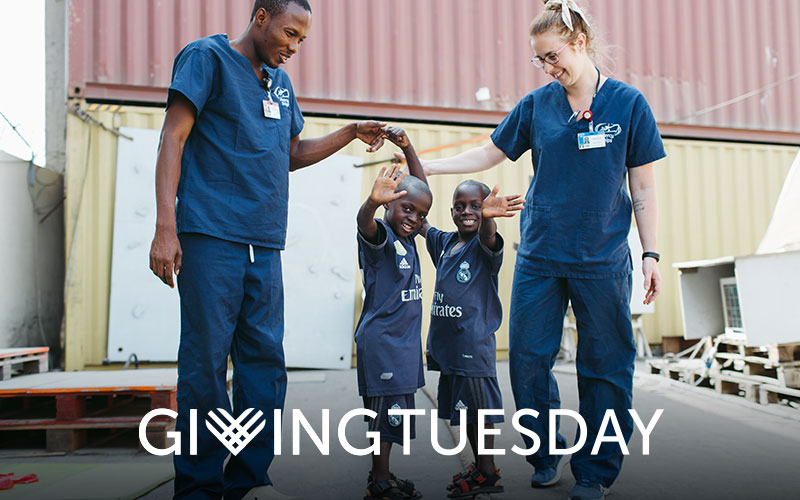 Posted at 18:18h in General by Tim Farquhar
0 Likes
Share

Many of you may be eagerly anticipating the end of 2020. We all know that this December may be very different from the usual. But one thing that has not changed is the importance of Giving Tuesday: an international day of charitable giving following Black Friday. This year Giving Tuesday is on 1st December.

It’s a chance for us to come together (however we can) to help those who are in desperate need, people like young Ousseynou and Assane. The brothers both developed an identical condition that made their legs curve outward at the knee, and as they grew, their knees continued to grow further apart, causing them both pain and to be ridiculed by those around them. The twin’s parents, Abdukka and Awa, worried that there was nothing that they could do to protect their children.

“It was hard for us. We knew that the neighbours were laughing about the twins,” Awa said. “We could not hide Ousseynou and Assane away, so we all had to live with people treating them as inferior.”

Then Mercy Ships supporters like you, helped to provide the operations that the boys needed, straightening their legs and restoring their hopes for the future.

“Since I gave birth to Ousseynou and Assane, I have never seen them run,” Awa said. “The surgeries created this opportunity. It is something that comes only once in a lifetime… I was living with doubt about their future, but the hard part of their life is over now!”

Now, both boys have a bright future. When they turn 7 years old, they will be able to start school with renewed confidence!
In many countries in Africa healthcare was already very difficult to access, but that has only become worse. That is why, this Giving Tuesday, your support is more important than ever.

Yes, I will give a gift!

Celebrated every year on the Tuesday following Black Friday and Cyber Monday, Giving Tuesday is a global day of giving fuelled by the power of social media and collaboration.

We would love you to join us this Giving Tuesday – whether you give some of your time, a donation, or simply share the news.