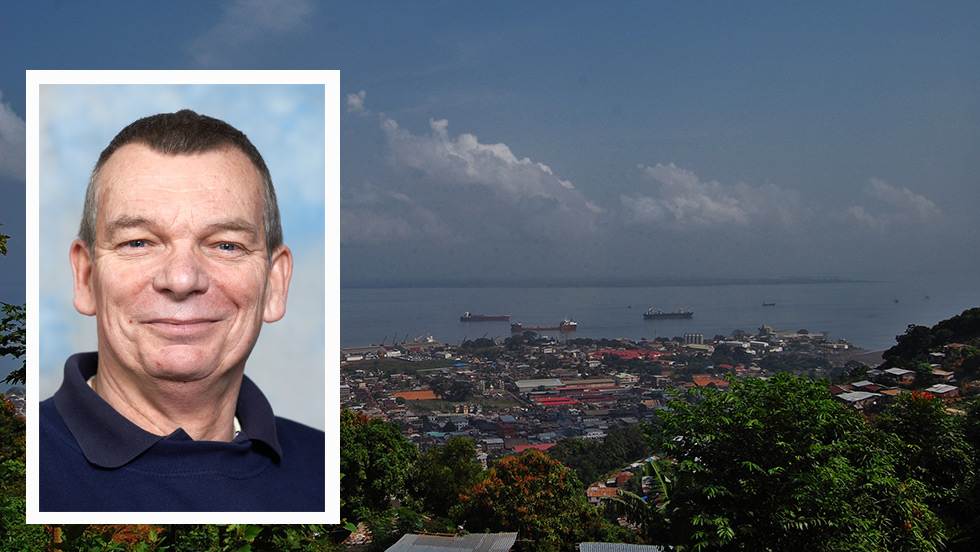 Posted at 22:25h in General by admin
0 Likes
Share

Alan Wolstencroft, current president of The Rotary Club of Banbury, will receive the Rotary International in Great Britain and Ireland’s Champions of Change award in May.

Alan has been chosen for his outstanding work in delivering education to children in Sierra Leone. He first became aware of the problems in the country when he heard a Mercy Ships presentation to his Rotary District in 2005.

Rotary members were called upon to volunteer in Sierra Leone, and Alan jumped at the chance – not realising that it would change his life dramatically.

“I’d never been anywhere in the third world,” Alan says, “and although we constantly see images of poverty it was only when I went and spent time amongst it, in November 2005, that I really understood the true situation. I thought it would be a ‘one-off’ life experience, but those 11 days were life-changing for me and my 11th trip is now on the horizon.

More than 90 Rotary volunteers helped build and fund the Hostel of Hope at the Aberdeen West Africa Fistula Clinic in Sierra Leone over a period of seven months, and I returned to Freetown for the official opening in May 2006. Rotarians on this trip were helping build a covered Community Market in Aberdeen.

“On both of these trips I had visited a junior school, and on my third trip in January 2007 I decided that by working directly with the school community I could personally make a difference and pledged that I would fund the building of a six-classroom extension.

“I had enrolled as a Mercy Ships speaker and undertook presentations, mainly to Rotary Clubs, to promote the charity. As a result of this I was invited to attend an open day onboard the Africa Mercy, in Blyth in April 2007. I went for the weekend but ended up spending 12 days helping in the final preparations before casting off the last line as she left on her maiden voyage to Africa – a truly special moment.

“I went to Freetown three times in 2007, during which time Rotary were involved in the building of underground water storage tanks and a pumping system to improve the water supply at the Fistula Clinic.

“During these trips I visited the school in the initial stages of the classroom extension and I returned in May 2009 for the official opening – and at the request of the community we began secondary classes at the school.

“Since then I have refurbished the original toilet block, built an additional block for the secondary students, installed staff toilets, built two additional classrooms, created an open-plan multi-purpose hall, created a playground from a piece of wasteland and created a small staff room and library.

“Since 2009 I have supported another three schools in the Freetown area, building 19 classrooms (14 of which have water harvesting systems), three toilet blocks (all of which have water harvesting and handwash stations), installed a well at one school, installed a hand pump on a well at another (formerly on a bucket and rope system) and created a school garden at my latest school.

“The work is continuing and currently I am funding the building of a library and laboratory at one of the schools with other projects still in the planning stage. In addition to this I have sent thousands of pounds-worth of school uniform, sports kit, classroom furniture, educational supplies, medical equipment etc with the support of Westminster Group PLC and The Westminster Group Foundation.

“If somebody had said to me in 2005 that I would have been to Sierra Leone 10 times by 2018 I wouldn’t have believed them. There is a saying: ‘When you go to Africa you leave a bit of you behind’ – I like to think that the bits I have left behind on my 10 trips have helped to ‘make a real difference’.

“Mercy Ships was the catalyst for my involvement in Sierra Leone and I am forever in their debt for changing my life and thus inspiring me and enabling me to do the same for the four communities in Freetown that I support.”

Congratulations to you, Alan, on your well-deserved award!